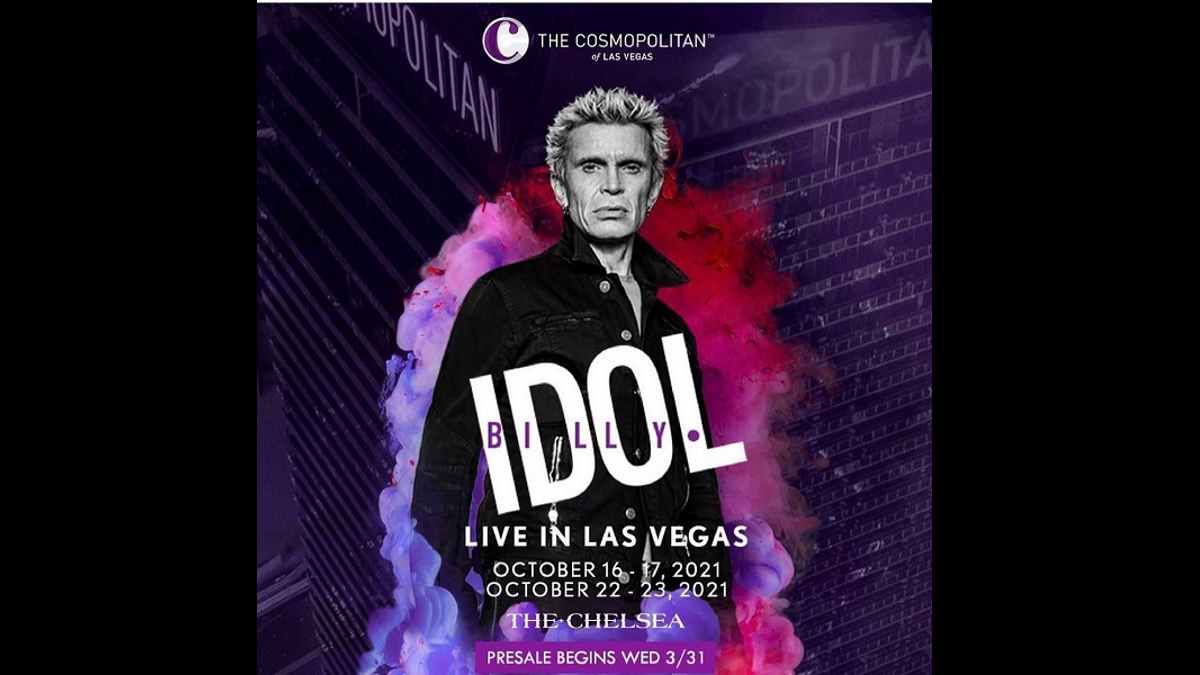 (hennemusic) Billy Idol has announced dates for a fall Las Vegas residency. The rocker will perform four shows at The Chelsea at The Cosmopolitan in October.

The hotel says Idol's limited run is the first in a series of "concerts and experiences to be announced in the near future." "The Cosmopolitan of Las Vegas has remained at the forefront of the Las Vegas entertainment scene for the last ten years. We are honored to host Billy Idol at The Chelsea for what is sure to be an unforgettable re-introduction of live entertainment to the resort," Cosmopolitan of Las Vegas Vice President of Entertainment Fedor Banuchi said in a statement. "As Las Vegas continues to rebound, we look forward to releasing details on new and exciting live concerts and events coming this summer to the resort." See the dates here.