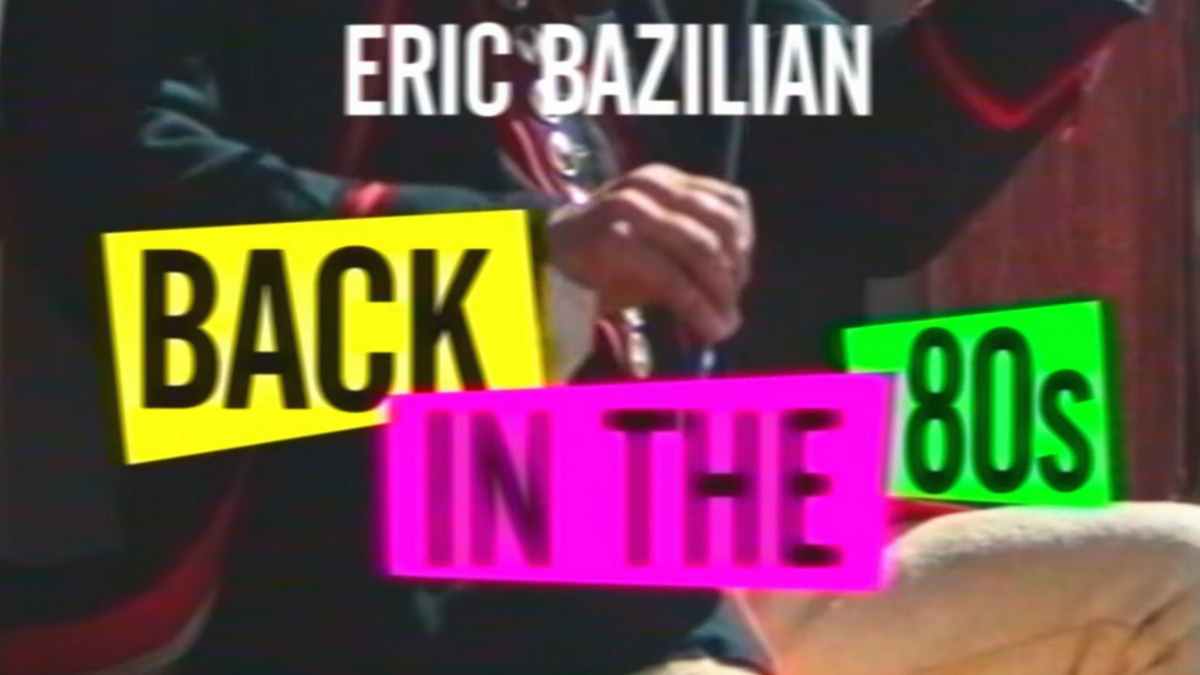 The Hooters' Eric Bazilian has released a video for his new song "Back In The 80s". The track is the final single from his forthcoming solo album "Bazilian", which will hit stores on May 14th.

Eric had this to say about the song and video, "I did a podcast with a Medium last spring. She told me that my father had a message 'from the other side'-- that there was a song I'd given up on that I needed to finish. I wrote the chorus to 'Back In The 80s' the next day, and, with some help from James Bourne of the legendary British band Busted, I wrote the third verse a couple of days later.

"As glorified as that decade has been (and as kind as it was to me and my band, The Hooters), I feel no more sentimental attachment to it than I do to any of the other decades that gave us great music. If anything, the song is about appreciating the time we live in for all its beauty as well as its faults and frailties.

"The video was conceived, directed, shot, and edited by Max Tellving in Sweden, the same person who has done many of my earlier videos such as 'One Light,' and 'Happy Birthday' (with James Bourne).

"His concept was to set the video in the 1880s (or 1780s) rather than the expected 1980s, but to include several timely visual 'Easter eggs.' We shot the video in my wife's home town of Jarvso, four hours north of Stockholm, in the summer of 2020." Watch the video below: