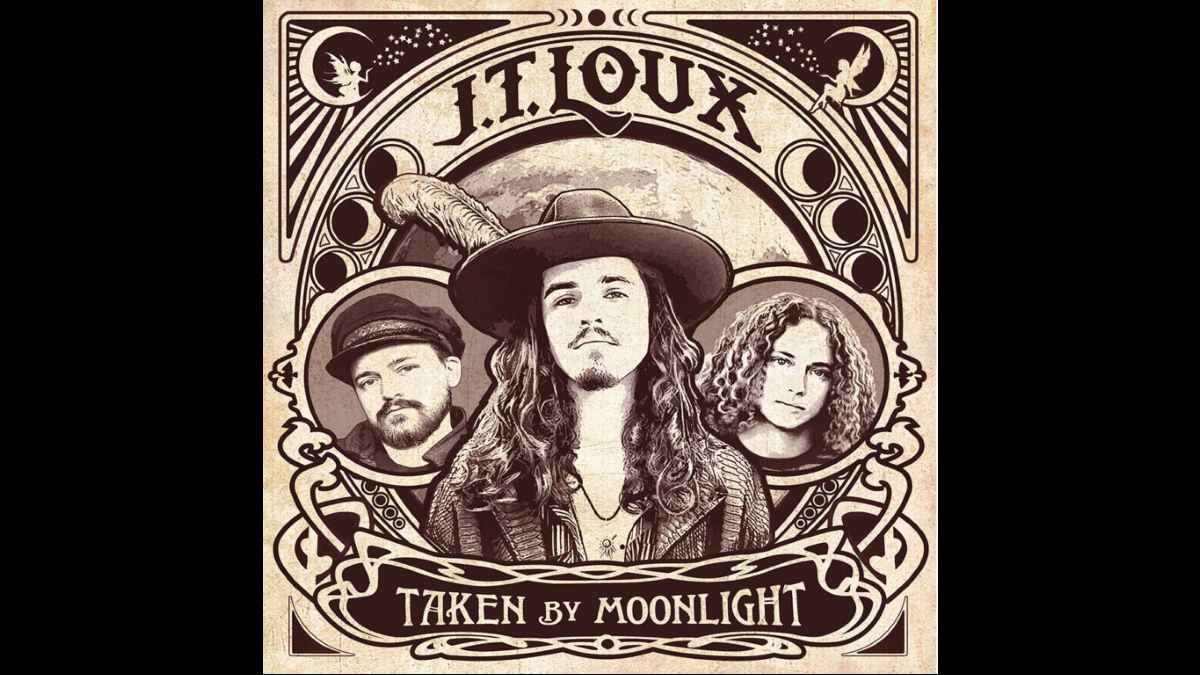 JT Loux just released their debut album "Taken By Moonlight" and to celebrate we asked frontman JT to tell us about the title track and music video for the song. Here is the story:

The song Taken By Moonlight went through a lot of phases over the course of making the record. Starting off as just an acoustic guitar riff, it turned into much more of a rock ballad when collaborating with the whole band. I wrote this song sitting outside on the porch looking up at the moon and the stars while messing around with an ascending riff and the hum of a melody. I was interested in the idea of the guitar part moving up melodically, while the vocal harmony moves down the scale giving a sense of tension that is released when the chorus hits.

In the studio we experimented a lot with the intro of the song. I originally sung the intro a lot like the rest of the tune with more energy and in a full chest voice, but I wanted more of a raw/intimate vibe to set the tone for the rest of the song. After trying it a couple different ways, we decided to go with a soft whisper sound for the intro chorus.

We recorded the song live in the studio with the whole band, then overdubbed guitars and vocals. Recording the rhythm guitar tracks with a double neck Epiphone 12 string, gave it that huge sound we were looking for. We even recorded the guitar solo on the bottom neck of the 12 string because of how warm the tone was.

The making of the music video for Taken By Moonlight was a really fun process. In order to achieve the moonlit setting, we set up white sheets on all sides of the band, which included hanging a queen size sheet 15ft into the oak tree above us. Shining lights through the sheets diffused the lighting and allowed for a softer moonlight vibe.