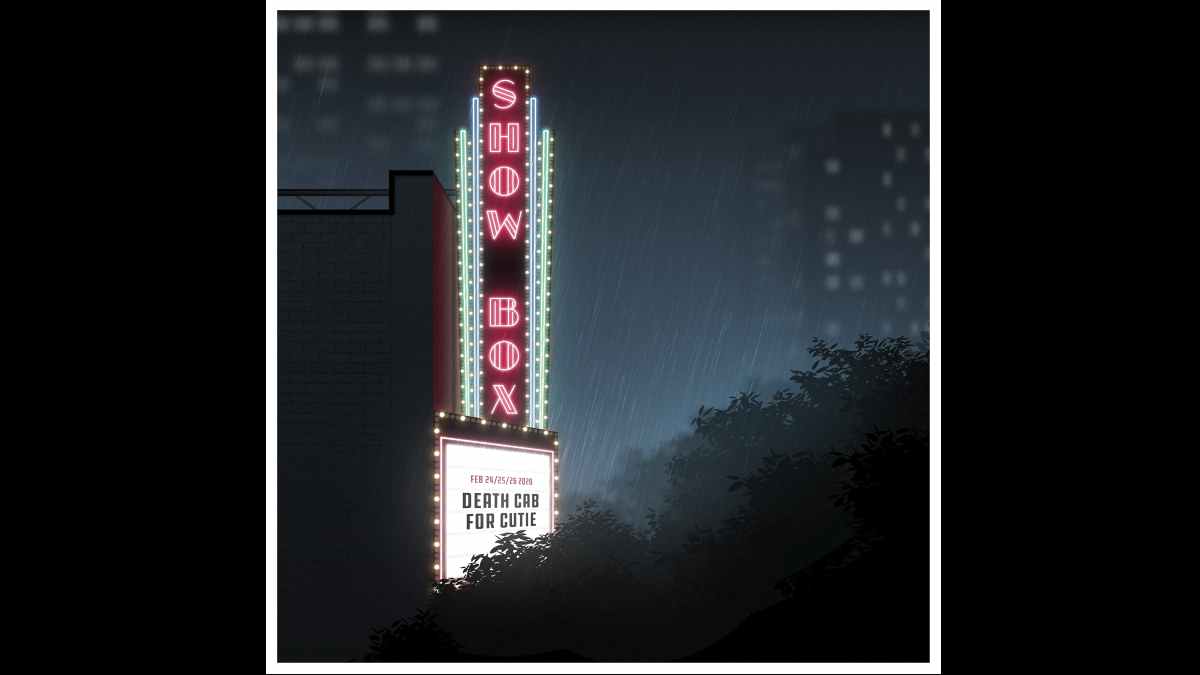 Death Cab for Cutie has announced that they will be releasing their new live album, "Live At The Showbox", which will will be available for just 24 hours as a Bandcamp Friday exclusive this Friday, May 7th.

They are releasing the Bandcamp exclusive to help benefit NIVA (National Independent Venue Association" and will be releasing an official version of the record later this year.

The band recorded the album during a three night stand at The Showbox in Seattle on February 24th through 26th, 2020, just before the beginning of the Covid-19 pandemic lockdown.

The band had this to say, "Like so many other artists, we expected to play a lot of shows in 2020. To gear up for the year ahead, we decided to warm up by playing an intimate, three-nightstand at a venue that's near and dear to our hearts - the Showbox in Seattle.

"Well, 2020 didn't quite turn out as we had planned - but happily those three magical nights last February did, and we're glad to say that we had them recorded." Fans can grab the album on Friday here.