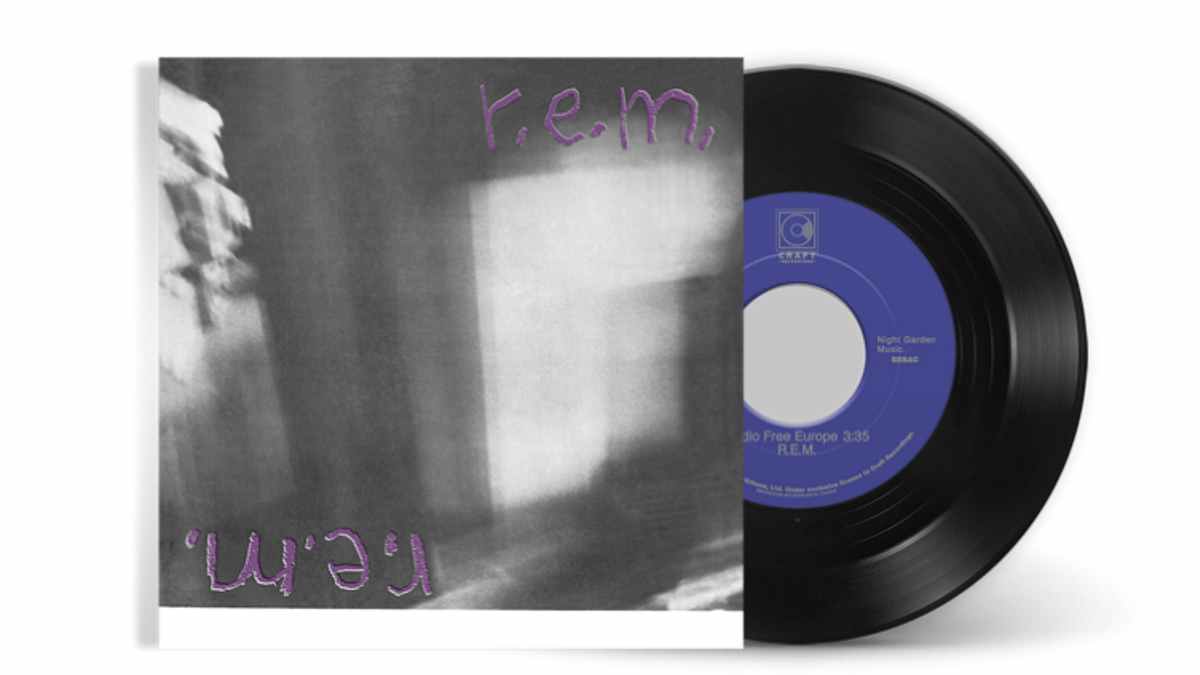 (hennemusic) R.E.M. will reissue their debut single, "Radio Free Europe", on July 23 to mark the song's 40th anniversary. Prior to its inclusion on the band's first album, 1983's "Murmur", the track was originally recorded with producer Mitch Easter (later of Let's Active) in 1981 - along with "Sitting Still" and "White Tornado" - and the tracks were copied to several-hundred self-produced cassette tapes (approximately 400 copies) and distributed to clubs, journalists and labels.

The collection, titled "Cassette Set", was the only place to get the Athens, GA group's first recordings, which caught the attention of Jonny Hibbert, who owned the Atlanta-based indie label, Hib-Tone. After Hibbert offered to put out the band's first single, the group returned to the studio and laid down some overdubs for new mixes by the label owner.

While the band preferred Easter's original mix of the song, Hibbert chose his own mix for the 7-inch single, which featured "Sitting Still" as the B-side. An initial pressing of 1,000 was released in July 1981, with 600 copies designated for promotional use. Later, an additional 6,000 copies were issued, due to popular demand (and for practical reasons, as the first pressing inadvertently omitted contact info for the band.)

Despite mishaps along the way, the release of the "Radio Free Europe" single earned the band critical acclaim and an offer from I.R.S. Records. Under the new label, a more experienced R.E.M. re-recorded "Radio Free Europe." The new version-which featured a slower tempo than its predecessor and slightly revised lyrics-was released as the band's first official single with I.R.S. as part of the launch of "Murmur."

The single garnered the band their first chart success, peaking at No.78 on the Billboard Hot 100, and helped to propel "Murmur" up the album charts, where it reached No.36. Read more and watch the video promo here.

R.E.M. In The Studio For Document 35th Anniversary