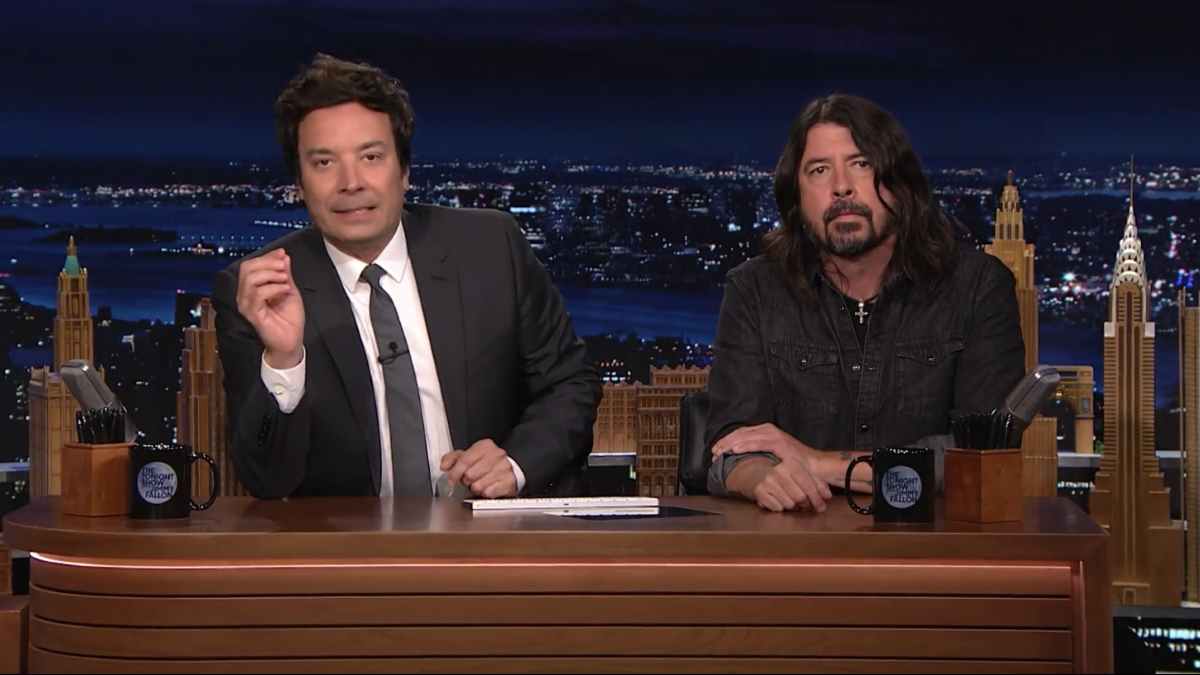 (hennemusic) Foo Fighters frontman Dave Grohl co-hosted the May 24 episode of NBC-TV's The Tonight Show starring Jimmy Fallon, and the program is sharing video highlights from the broadcast.

The rocker traded jokes with Fallon during the opening monologue before settling in for some musical games with The Roots. In addition to plugging the new Foo Fighters album, "Medicine At Midnight", Grohl also spoke about the new Paramount+ series, "From Cradle To Stage", and his documentary about touring entitled "What Drives Us", which features interviews with an assortment of musicians at different levels of the business, from new comers to Ringo Starr.

Grohl couldn't hide his fandom of The Beatles while sharing the real-life experience of getting to know Paul McCartney after performing with him through the years; the music icon and his wife even dropped his house for a visit while in Los Angeles.

"The first thing I did was hide all the Beatles stuff," Grohl recalled. "You never know how much Beatles stuff you have until a Beatle comes over... And there was a piano in our living room, and as [McCartney] was leaving, it was like he couldn't resist, and he just sat down and started playing 'Lady Madonna' on the piano in my living room.

"And then my daughter, Harper, who was like four years old at the time, she runs into the kitchen, she gets a coffee cup, fills it full of spare change and puts it on the piano like a tip jar."

The Foo Fighters were recently announced as one of the artists set to be inducted into the 2021 edition of the Rock And Roll Hall Of Fame; the band will be honored alongside Tina Turner, Todd Rundgren, The Go-Go's, Carole King and Jay-Z at the upcoming 36th annual Induction event in Cleveland, OH in October. Watch the clips from The Tonight Show here.