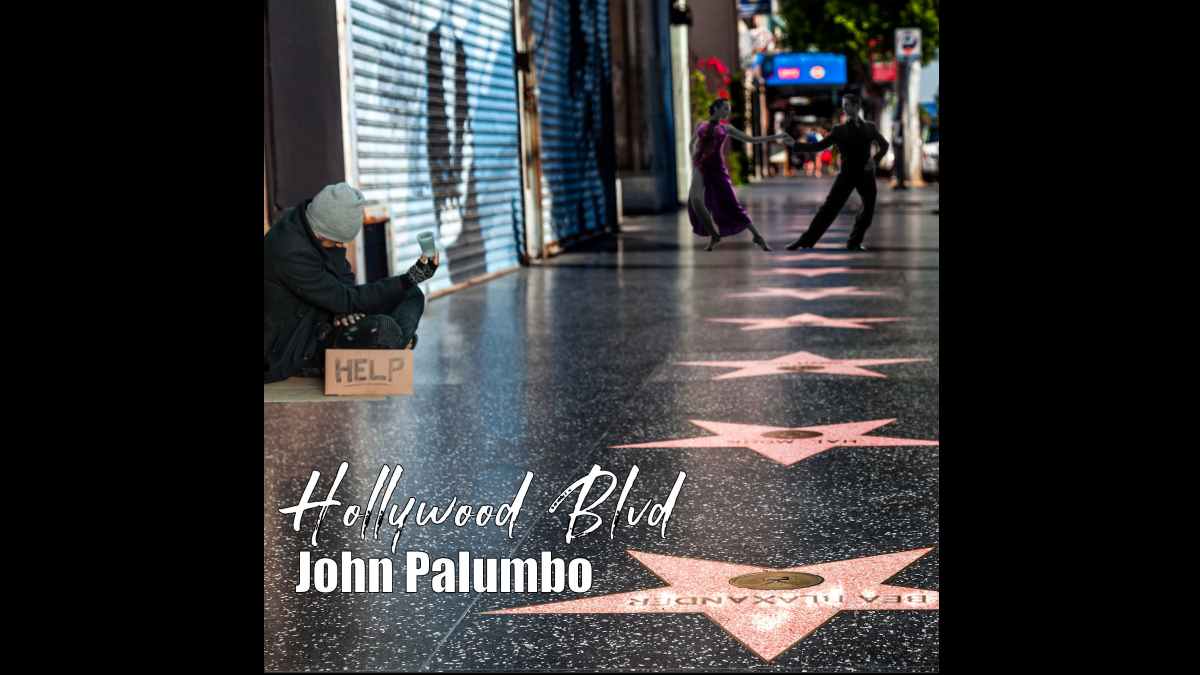 Crack The Sky's John Palumbo is releasing his new solo album "Hollywood Blvd" this week and to celebrate we asked the vocalist/multi-instrumentalist to tell us about the title track. Here is the story:

Hollywood Boulevard is and has been one of the most colorful avenues one could imagine. When I lived in Hollywood for a short time, I used to love just walking and taking in all the characters. So, I had this idea for a 'comprehensive love song' and it only made sense to frame it within the vivid world of Hollywood Boulevard. I don't really care for writing standard love ballads because, well, they are standard. Therefore, I chose instead, to take my couple from the beginning of their romance, "I want to dance with you on Hollywood Boulevard," through their period of loving, death, and finally the afterlife, "I want to fly with you over Hollywood Boulevard," all set in the backdrop of HOLLYWOOD BOULEVARD. This, I felt, would provide for a vivid visual and therefore, entertaining presentation.

The recording of HOLLYWOOD BOULEVARD was pretty much done in isolation, as I am lucky enough to have a studio in our home. I recorded all of the tracks and even did a pre-mix before calling in my dear friend, Bobby Hird. Bobby is a fantastic guitar player, but more importantly to me at least, is his focus on the song. He loves enhancing and coloring a song he is playing on, and we used six of his guitars - each one with their own personality. He also sang a bit of harmony so as to not allow the vocals to become claustrophobic with only my voice.

At this point, it was time to mix the album and since "Hollywood Boulevard" was going to be the first track, I hit that one first. Not really the ideal way to start a mix for an album, but I knew that the song would set the coloring for the rest of the record and so I chose to do it that way. Drum rhythms first, then bass, guitars, and finally vocals is my pattern for mixing. The sounds set the tone for an entire album, I feel, and so I pay particular attention to that when I employ delays, reverbs, compression, etc. Finally, it's time to balance all of the instruments and voices. I love that part, cause having everything come together in a complete song is quite exciting. Doing the lion's share of the recording alone, I get to say "Yay, me," at the completion of a mix!

Hearing is believing. Now that you know the story behind the song, listen and watch for yourself below and preorder album here