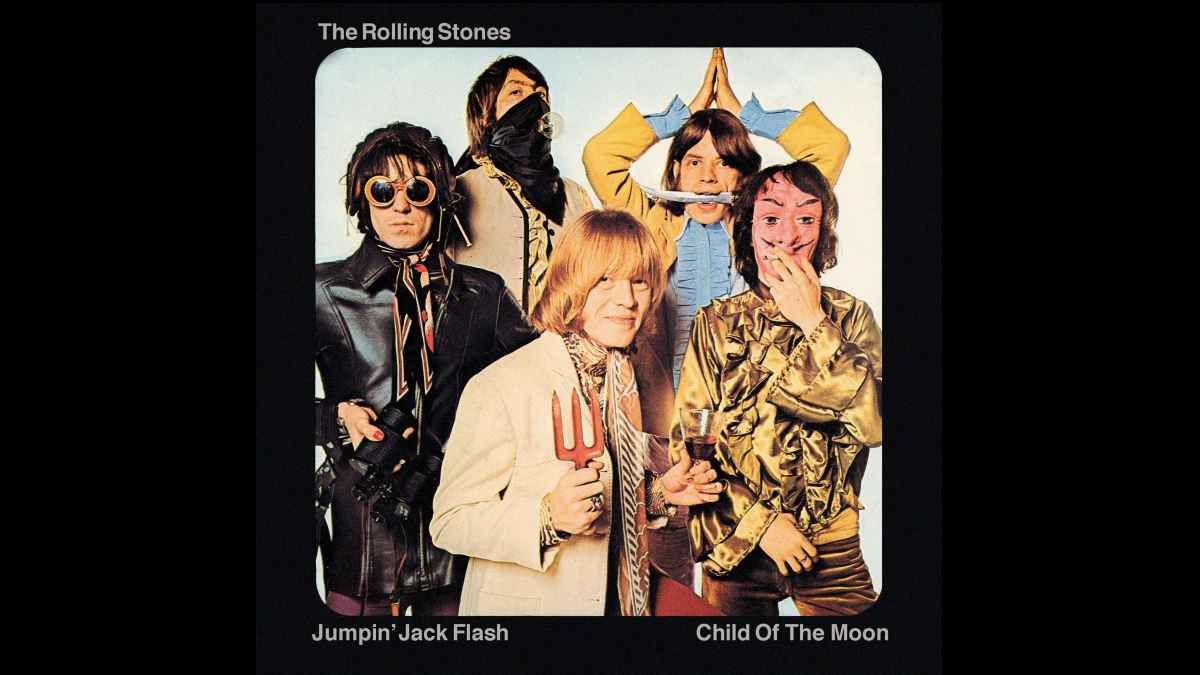 (hennemusic) The Rolling Stones have released a pair of lyric videos to mark the anniversary of their classic 1968 single, "Jumpin' Jack Flash." Backed by the b-side "Child Of The Moon" and issued 53 years ago this week, the instant classic topped the charts in several countries, including the band's UK homeland, while reaching No. 3 on the US Billboard Hot 100.

"Jumpin' Jack Flash" was inspired by Keith Richards' gardener, Jack Dyer, after Mick Jagger was awakened one morning at his bandmate's house to the sound of the handyman's footsteps; Richards put the blame on "Jumpin' Jack." The song's opening lyric, "I was born in a crossfire hurricane", refers to Richards being born in Dartford, England during WWII when air raid sirens were a regular occurrence.

The Rolling Stones recorded the tune with producer Jimmy Miller at Olympic Studios in April and May of 1968. "With 'Jumpin' Jack Flash' being among the greatest Rock 'n Roll singles of all time we knew we had to create a visual that somehow matched the swagger and excitement of the track," says video directors Tom Readdy and Lucy Dawkins. "With that guitar riff and Jagger's exceptional searing vocal we set out to create animations that hit and emphasized every beat, guitar part and syllable sung. The simplicity of the color palette, along with rough, hand drawn elements all come together to create an energetic visual to accompany the joyful rush of adrenaline that is 'Jumpin' Jack Flash'."

Like its A-Side, "Child Of The Moon" was recorded at Olympic Studios with Jimmy Miller; lyrically it was a love letter to Jagger's then-girlfriend, recording artist Marianne Faithfull.

Readdy and Dawkins created a lyric video for the song, saying it "is inspired by the natural landscape and elements in the promo video for the track from 1968 directed by Michael Lindsay-Hogg. The song was unfinished during the sessions for 'Their Satanic Majesties Request' and often seen as the postscript to the psychedelic era of the band. We leant into this vibe to create '60s inspired bespoke illustrations of flowers, leaves and patterns that grow in and around the ornate typeface. This typeface incidentally featured on an original 7" picture sleeve for 'Jumpin' Jack Flash'/'Child Of The Moon'."

Newly-remastered versions of both songs by engineer Bob Ludwig have been released digitally and can also be heard on all streaming platforms. Watch both lyric videos here.