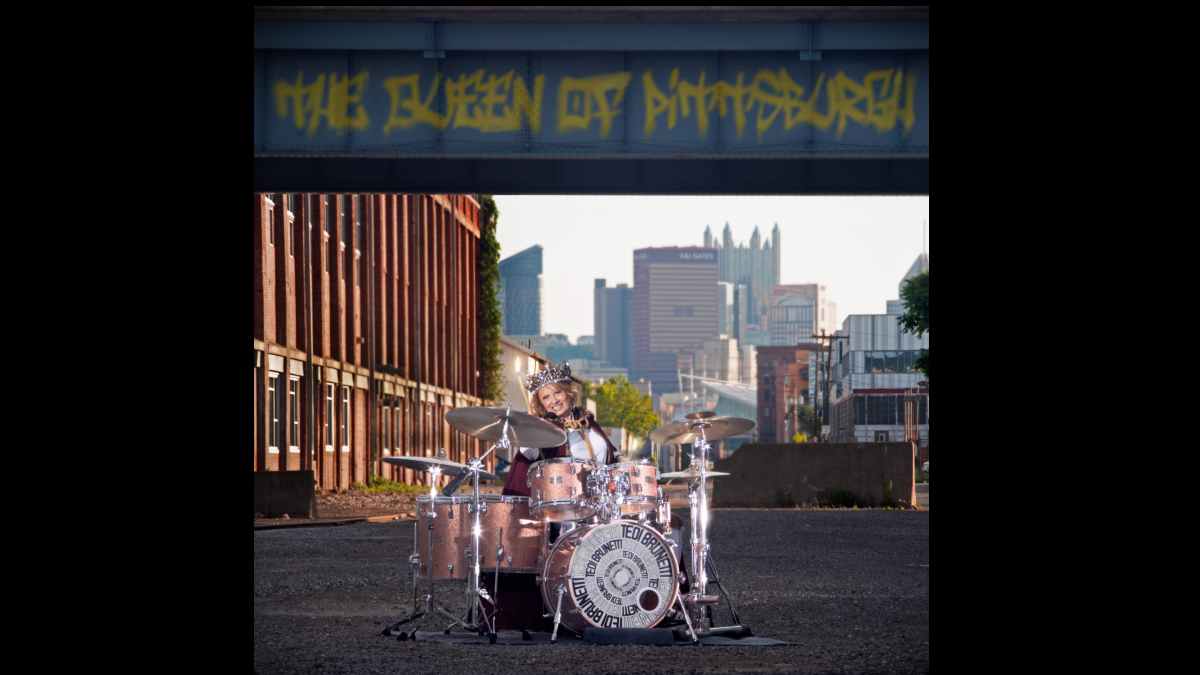 Classic blues/rock/jazz star Tedi Brunetti just released a video for her single "Evil Woman", from her forthcoming album "Queen Of Pittsburgh" and to celebrate we asked Tedi to tell us about the track. Here is the story:

Evil Woman is a song about another woman going after your man, and she ain't nice! It's an ode to the 20-30 something generation. I write from titles, like the Tin Pan Alley songwriters did. The song idea started when a male friend's girlfriend started to freak out when he wanted to cool down their relationship. She started a drama campaign on Facebook badmouthing him and his band. That's where the "Evil Woman" comes in. Contributing to the lyric ideas were my visits to Swank Hair Studio, where these 20-30 something hottie ladies work. I listened and enjoyed their escapades with boyfriends and husbands and other jealous women.

So why not shoot some video there and use these beauties in the video?! As a drummer I've always liked the cross-stick groove and used it and the bass line to set up the verses. The eerie little keyboard line in the intro was a genius move by Luigi Cafara. It warns you something's not right and fixes the mood. It's subtle, but it's potent.

I'm a storyteller. I deliver my lyrics in as conversational a way as possible. It's an earmark of my singing style. The pre-chorus adds to the drama as we build to the chorus.

In the choruses I like my female voice being countered by the male voices. It's something you don't hear often. Background singers in bands can be male but usually the lead singer is male also. Or there may be male and female voices backing a female singer, but the women's voices almost always overtake the men in those situations. I used only male voices, Dean Sargent and Michael Henegan, my co producers, to sing background on this tune, it's different.

My husband, Jim Mason, is a master at creating iconic lyrical guitar lines. His guitar solo begins with one of his James Bond type phrases and then surprises you when he explodes into a nasty (Evil), in your face, wah- wah blast which leads to the chorus ending of the song.

Dan Malsch, a platinum record producer/mixing engineer, mixed and mastered Evil Woman. It fills your ears with it's rich tones.

The accompanying video, produced by B-MHAC Abe Urquilla and Chris Rodriguez is next level and I'm sure will be well received.