Blind Guardian To 'Deliver Us From Evil' Next Month 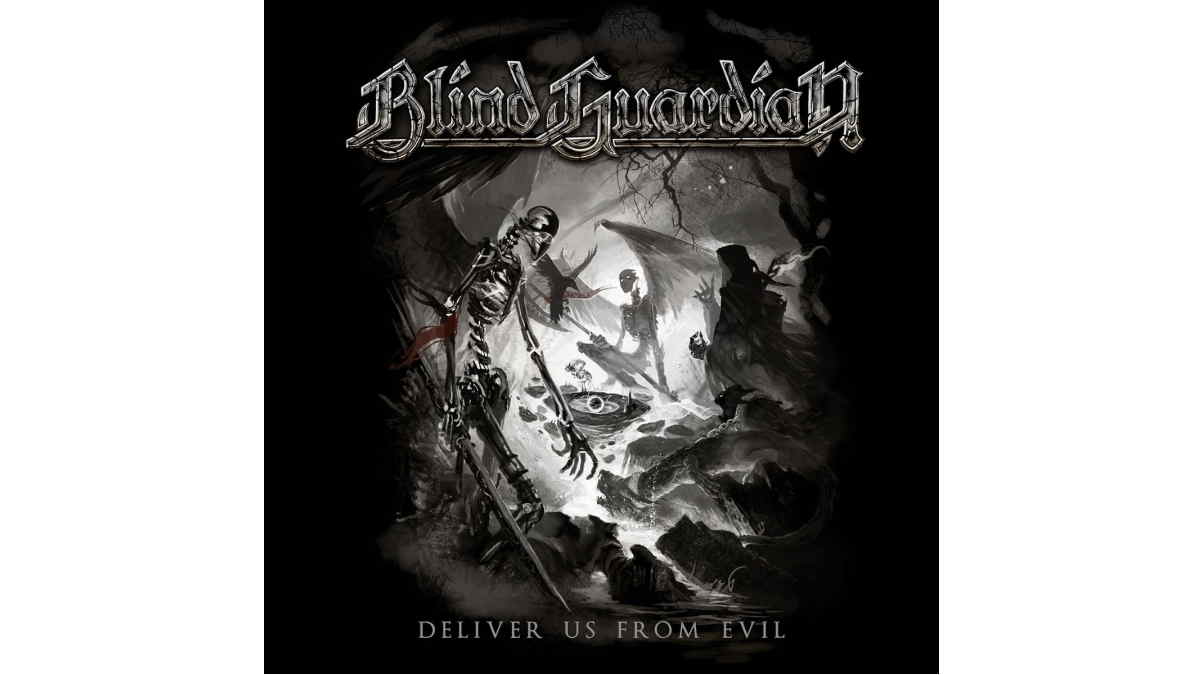 Blind Guardian have revealed that they will be releasing a brand new single called "Deliver Us From Evil" on December 3rd, and they expect to release their forthcoming album next September.

They will be releasing the single digitally, and as a special 7" vinyl that will feature their 2020 release "Merry Xmas Everybody" as the b-side, and also as a Digipak CD that will include the previously released 'Violent Shadows' - WWW live performance.

The single will be available digitally as well as via 7inch (with 'Merry Xmas Everybody' as B-Side - the track was released in December 2020 digitally) and Digipak CD (with the previously released 'Violent Shadows' - WWW live performance as extra track).

Hansi Kursch had this to say, "What can I say? We're very happy to be able to offer you a brand new song off our forthcoming album, out in September 2022. The physical single also contains the 2020 Christmas banger 'Merry Xmas Everybody' as well as the Wacken version of 'Violent Shadows' as extra on the CD, to shorten the waiting time until the new album. Whether Vinyl or CD, I can assure you that this is the perfect accessory for your Christmas tree. The strictly limited vinyl can be played on all working vinyl players and has a perfect sound - in mono and stereo. Be brave and fast and get your copy as soon as possible. Vinyl is a rare resource these days...

"We know that the gap between now and the album release in late 2022 is painfully long. Neither we nor our label could defy the current worldwide, economic crisis. A long story short: there is no one to blame for this situation. With 'Deliver Us From Evil', you will get another sweet appetizer of a very intense and vivid album that will hopefully raise your joyful anticipation until our next strike. At least, it would do it for me, but luckily I already know the whole album.

"Talking about anticipation, even though 'Violent Shadows' and 'Deliver Us From Evil' are indisputably fantastic tracks, rest assured: we won't let you wait another ten months with only two songs. I promise you, that you will always been blown away - cheers to the digital era and its endless possibilities. Oh, and the album title. There is one but I won't tell you yet. This would be giving away far too much right now."