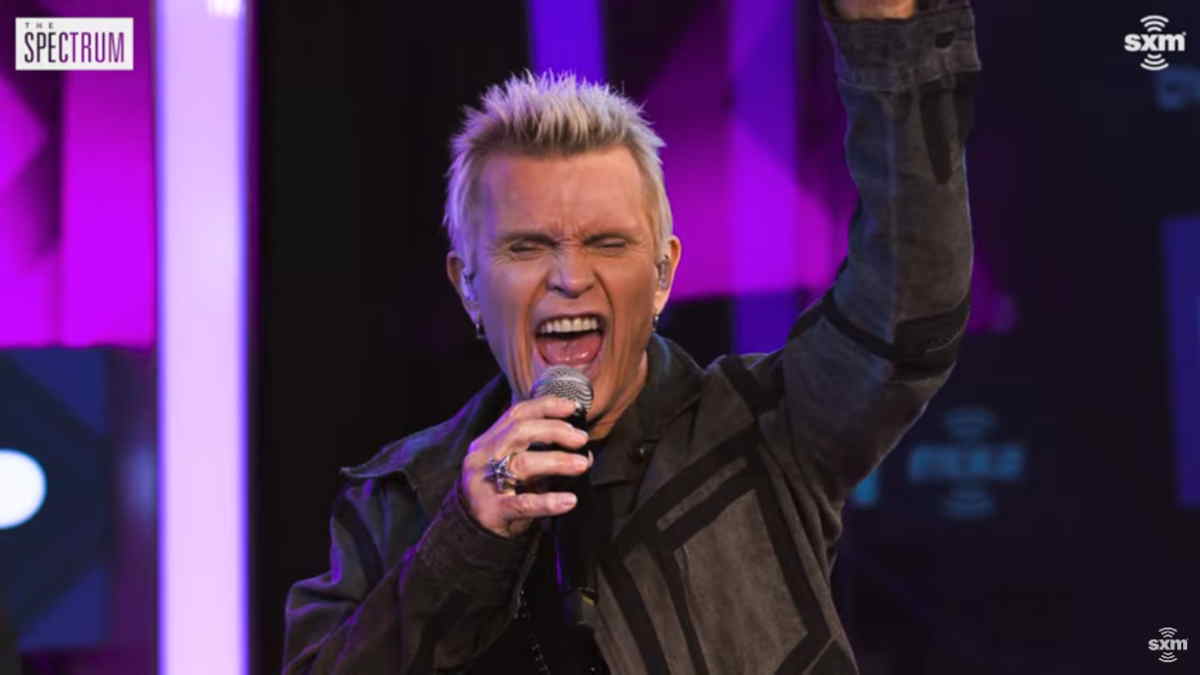 (hennemusic) Billy Idol rocked an acoustic version of his 1982 classic, "White Wedding", during an October 29 appearance on SiriusXM's The Spectrum, and the satellite radio service is sharing video of the performance.

"White Wedding" was the second single from Idol's self-titled debut album; the tune was a No.1 hit in Canada and Top 10 in multiple countries while the project reached Gold status in the US for sales of more than 5000,000.

Idol and guitarist Steve Stevens stopped by the SiriusXM Garage Studio in Los Angeles for an interview and performance with David Fricke to promote his latest EP, "The Roadside."

The appearance also saw the duo deliver stripped-down versions of "Eyes Without A Face", his 2021 single "Bitter Taste", and cover of the 1960 Johnny Kidd & the Pirates classic, "Shakin' All Over."

Idol and Stevens have a number of acoustic shows scheduled in the US through the end of 2021. Watch the video here.