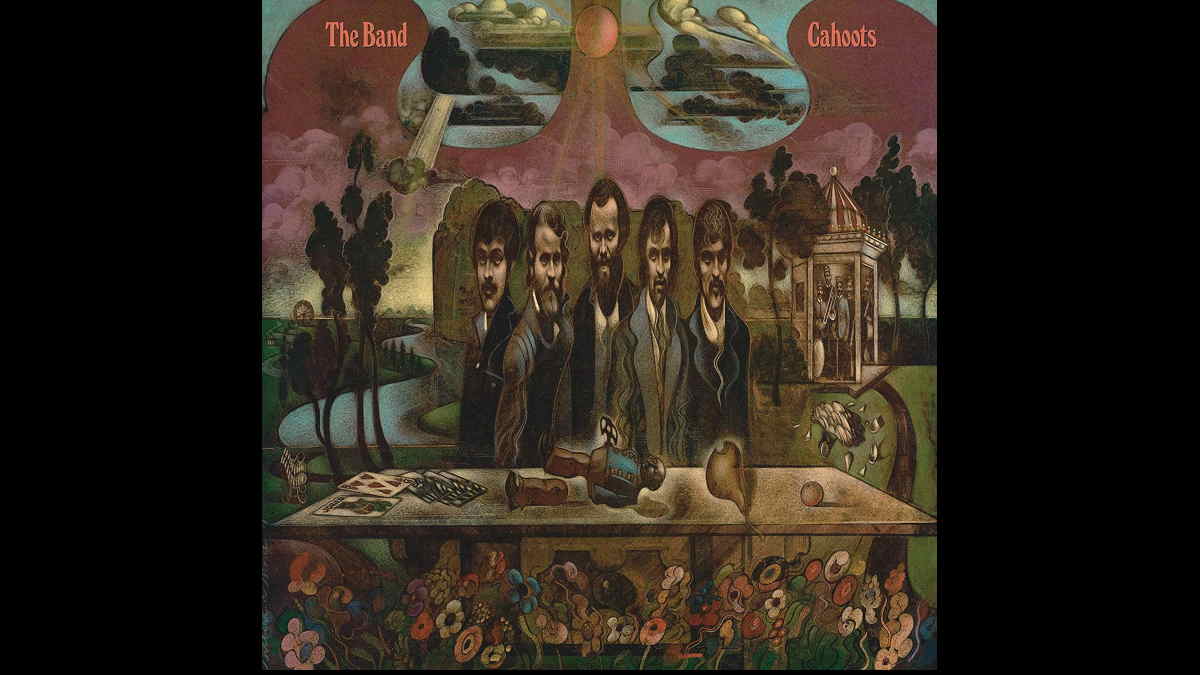 (hennemusic) The Band are sharing details of a forthcoming series of expanded 50th Anniversary Editions of their 1971 album, "Cahoots." The iconic group's fourth studio record - which contains a number of their best-loved and most enduring songs, including "Life Is A Carnival" and "When I Paint My Masterpiece" - features a guest vocal from Van Morrison on "4% Pantomime", a tune he co-wrote with Robbie Robertson; the set also saw an uncredited appearance by drummer Levon Helm's wife, Libby Titus, on "The River Hymn."

Due December 10, the newly-remixed and remastered "Cahoots" will be available in multiple packages, including a multi-format Super Deluxe 2CD/Blu-ray/1LP/7-inch vinyl box set along with digital, 2CD, 180-gram half-speed-mastered black vinyl and limited-edition 180-gram black vinyl packages.

All the Anniversary Edition releases were overseen by Robertson and sport a new stereo mix by Bob Clearmountain from the original multi-track masters.

The box set, CD and digital configurations boast a number of unreleased recordings, including "Live at the Olympia Theatre, Paris, May 1971", a rousing bootleg partial concert consisting of 11 tracks culled from the initial throes of a European tour that found The Band perched at the top of their live game; and early and alternate versions of "Endless Highway" and "When I Paint My Masterpiece" along with six other early takes, outtakes, instrumentals, and stripped-down mixes.

Exclusively for this box set, Clearmountain has also created new Dolby Atmos and 5.1 surround-sound mixes of both the album and four bonus tracks, presented in high resolution on Blu-ray, alongside the new stereo mix, as Robertson wanted a fresh, new approach on the 50th Anniversary series.

The upcoming series is being previewed with the 2021 Stereo Mix of "Life Is A Carnival" and an unboxing video. Watch both here.