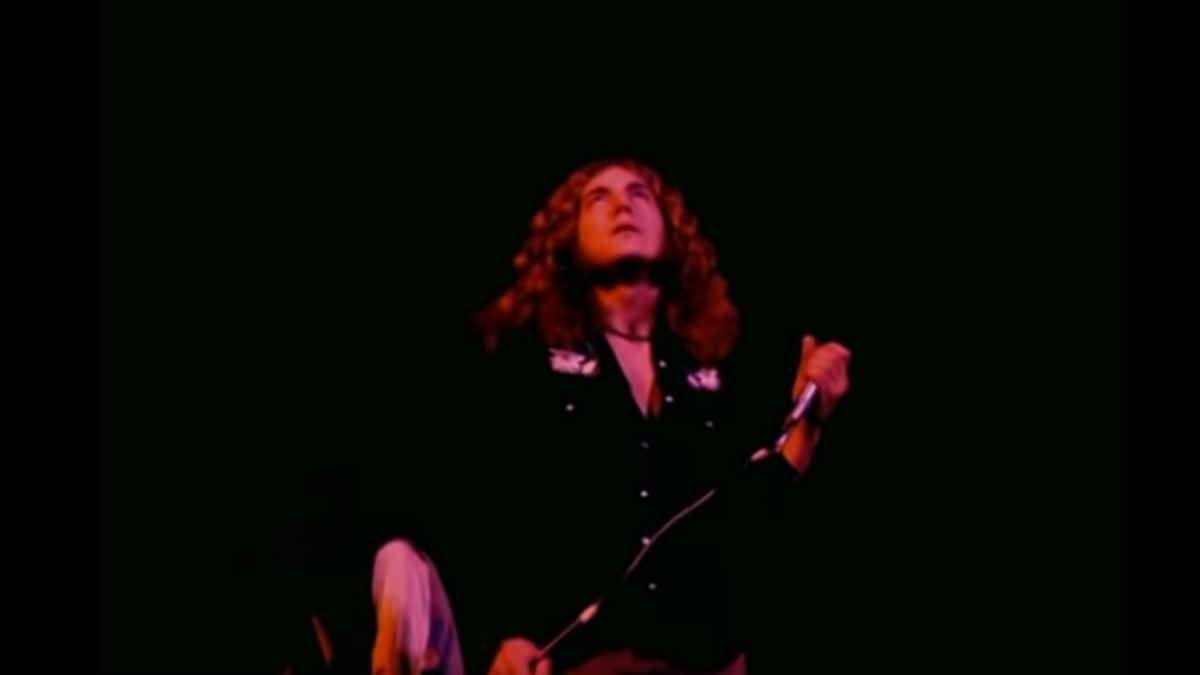 The epic was written by Jimmy Page and Robert Plant during sessions at a mansion in Hampshire, England in what appears to be a moment of pure inspiration.

"I was sitting next to Jimmy in front of the fire at Headley Grange," recalled Plant in the first episode in the series. "He'd written this chord sequence and was playing it to me. I was holding a pencil and paper and suddenly my hand is writing the words 'There's a lady who's sure all that glitters is gold...' I sat there, looked at the words and almost leaped out from my seat. Looking back, I suppose I sat down at the right moment."

John Paul Jones confirms the song's origins, saying, "The first time I heard it was in front of a roaring fire at Country Manor House."

"The idea of 'Stairway,'" Page told the BBC in 2014, "was to have a piece of music, a composition, whereby it would just keep unfolding into more layers and more moods. The whole subtlety and intensity of the overlay would actually accelerate as it went through every level - every emotional level, every musical level. And so it keeps opening up, as it continues through these patterns."

Led Zeppelin delivered the debut performance of "Stairway" during a March 5, 1971 appearance at Ulster Hall in Belfast, Ireland - eight months before "Led Zeppelin IV" was released, and it regularly appeared in the band's set list's throughout their 1971 live shows.

"When we played 'Stairway' at The Forum (in Los Angeles), we got a standing ovation," remembers Page.. "People couldn't have heard the song before, so it was quite a moment."

Following it's official November 1971 release on "Led Zeppelin IV", "Stairway To Heaven" went on to become the most played song of all-time on US FM radio; in 1994, it was named one of "The Rock and Roll Hall of Fame's 500 Songs that Shaped Rock and Roll"; voted one of the "Top 365 Songs of the Twentieth Century" in a 2001 music industry poll taken by the Recording Industry Association of America in cooperation with the US National Endowment for the Arts; and, was inducted into the Grammy Awards Hall Of Fame in 2003. Watch the episode here.