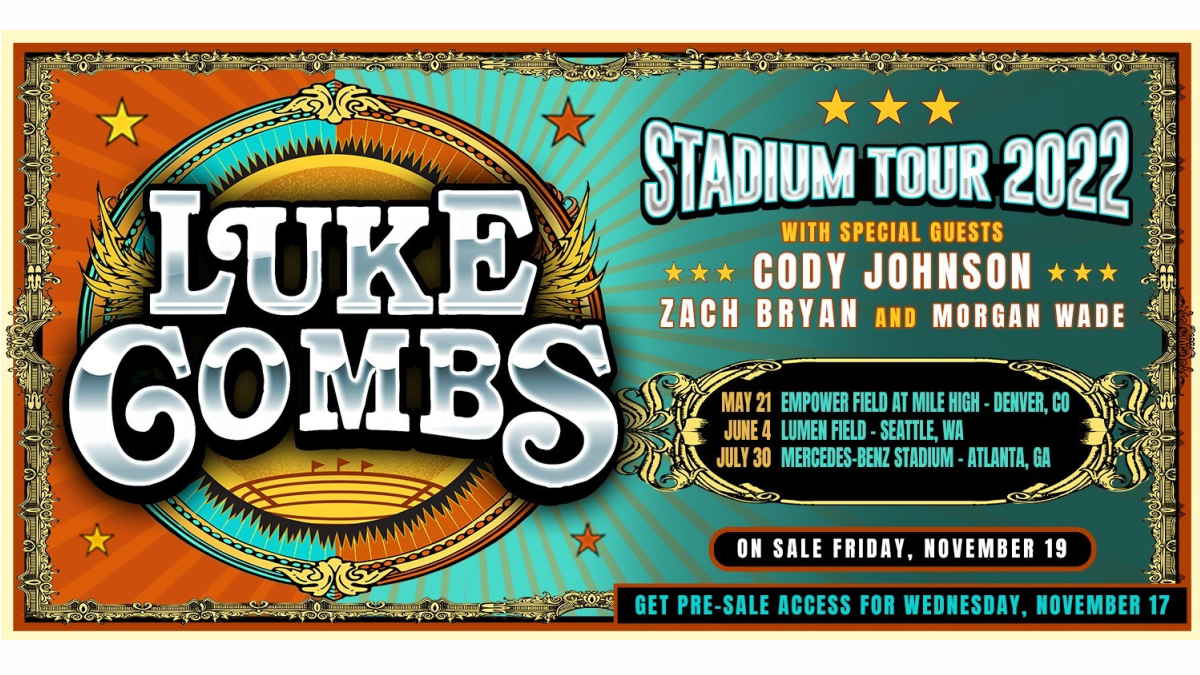 Fresh off his win as the CMA Entertainer of the Year, Luke Combs has announced that he will be launching his very first stadium headline tour next spring and summer with three special dates.

Luke has recruited Cody Johnson, Zach Bryan and Morgan Wade to join him as the special guests on the trek which is set to kick off on May 21st at Empower Field at Mile High in Denver and will include stadium shows at Lumen Field in Seattle on June 4th and Mercedes-Benz Stadium in Atlanta on July 30th.

These new stadium dates join his already packed live schedule that resumes this Tuesday in New Orleans with the winter dates wrapping up on December 16th in Salt Lake City.

Combs will head across the pond in March for a series of dates in Scotland, Ireland and England, followed by a Canadian tour in late March and an appearance at next year's Stagecoach festival on May 1st.

Tickets for the new stadium dates are set to go on sale this coming Friday, Friday, November 19 at 10:00 .M. local time with a special pre-sale starting next Wednesday, November 17 at 4:00 p.m. local time through Ticketmaster Verified Fan.

Luke had this to say about the new stadium dates being announced during this exciting week in his career, , Combs shares, "This week has been a whirlwind - got to debut a new song on the CMAs, release the song and music video to my fans, and announce three stadium shows at NFL stadiums. Talk about a week! It will be hard to top this one."

See all of the tour dates below: