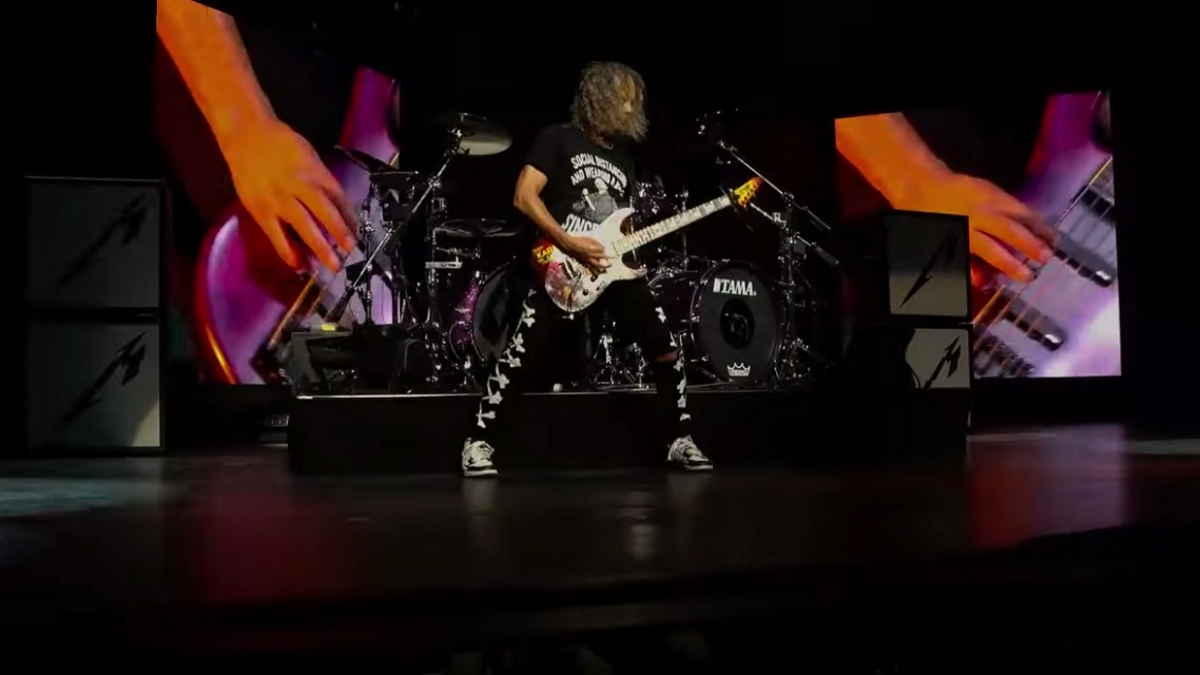 (hennemusic) Metallica are streaming pro-shot video of a performance of their 1986 classic, "Master Of Puppets", from a November 4 show at Hard Rock Live at Seminole Hard Rock Hotel & Casino in Hollywood, FL.

The event was part of the band's fall US tour, which will wrap up next month with two night at the Chase Center in the group's hometown of San Francisco, CA.

The trek coincides with a series of 30th anniversary reissues of "Metallica"; known as "The Black Album" for its classic cover, the project delivered the California band's commercial breakthrough upon its original release as their first record to top the US charts while going on to sell 16 million copies in the country and more than 31 million worldwide.

The milestone reissues helped return "Metallica" to the US Top 10 in September for the first time in three decades when it surged from No. 158 to No. 9 on the Billboard 200 in the first week of sales for the 2021 project, with all versions - old and new -combining to sell 37,000 equivalent album units. Watch the video here.