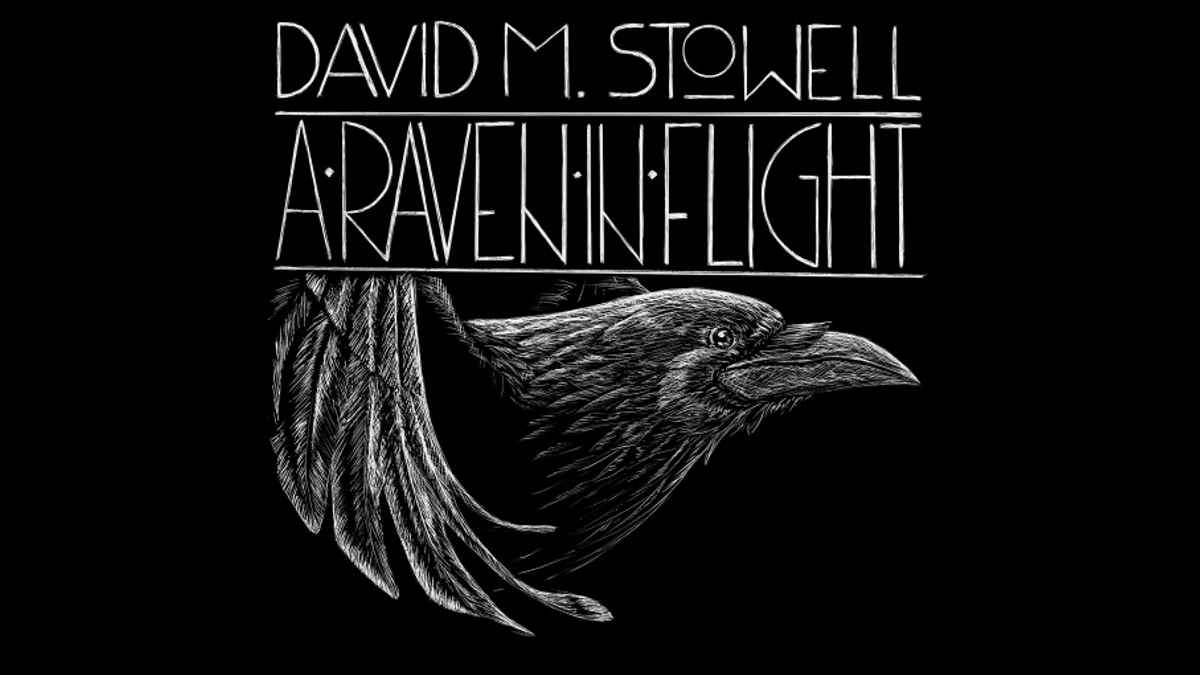 David M. Stowell recently released his new album "A Raven In Flight" and to celebrate we asked him and. David Taylor II to tell us about the single "Echoes In Time". Here is the story:

The Music (David M. Stowell): One of my main writing tools is texture and "Echoes of Time" is an excellent example of that. I own quite a number of software synthesizers and one thing I will do as a writing exercise is open up a random instrument and start paging through its presets, trying out different musical passages and tweaking the sounds at the same time. Sometime that results in great ideas and sometimes that results in noise (!).

In the case of "Echoes of Time," the instrument in question was a Native Instruments FM8 and the preset was called "Air Pad." I fell into an alternating chordal pattern that was spacey and
didn't quite resolve yet was quite pleasant. Once I added a simple bass part to it, I had the foundation of the verses. The choruses, by contrast, needed to be well-rooted so I moved to a related key and stayed as consonant as possible. I used a simple synth pad for the chords, along with a walking bass line. And the bridge is simply a condensation of the verse chords with a different texture.

As often as not, a title will suggest itself when I am working on a musical passage. In this case, though, it didn't happen - the file name was just "pads" and I left it to David Taylor II to name it once he wrote the lyrics.

The Lyrics (David Taylor II): As the lyricist, I am very much into tone painting and visceral immersion. So when the lyrics of a song begin, they should grab you and pull you into a very specific space, and each one of your senses should be feeding you information.

This song was approached from the perspective of time travel and what that would feel like if you experienced it. What if you could meet "you" at every stage of your life?

It also is structured in a way to take you from young to old and to contemplate what that looks like from Time's point of view. It speaks to the way "Time" laughs at us humans, in our naivete, thinking that we can control it and bend it to our whims. Such a thing is not possible; only the young believe that it is.

Each verse in this song takes you into a space where you are, maybe for the first time, observing what time itself is doing. You cannot perceive your life as you live it; you only understand it in retrospect, and then, only parts of it. Because only at the end of your life do you even begin to understand that Time's flow has been happening all along, and by the time you've figured some things out, you are dust.