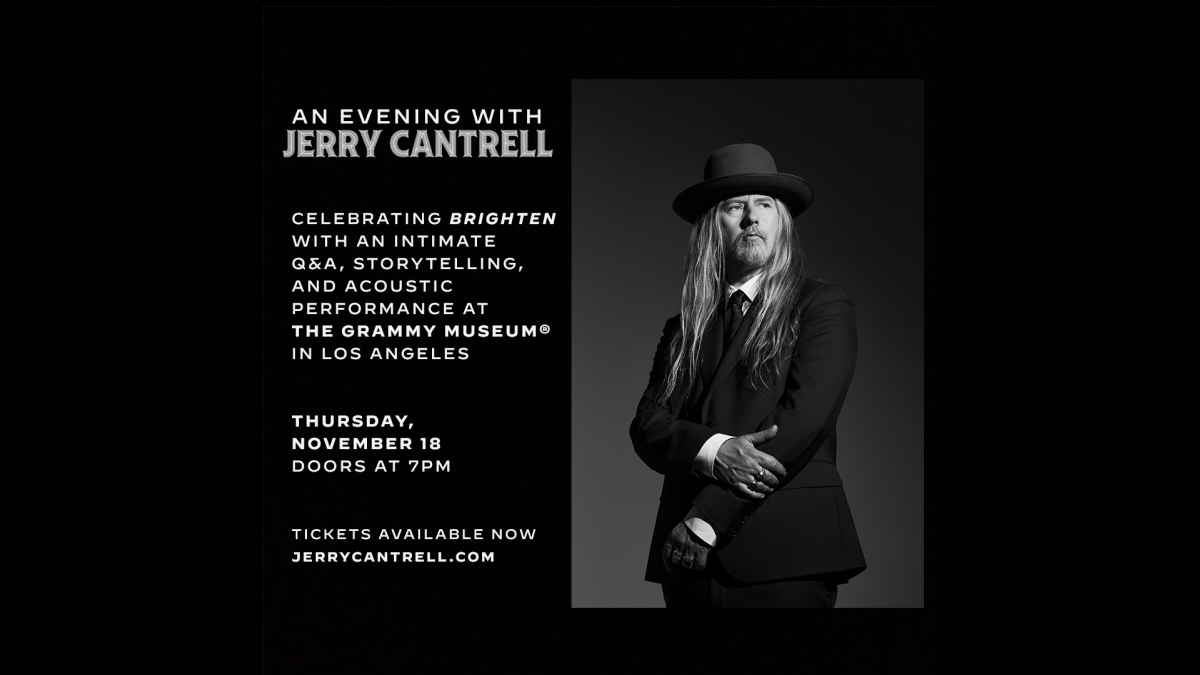 Alice In Chains' Jerry Cantrell have announced that they will be hosting a very special streaming event from an intimate live performance tonight (Nov 18) from Los Angeles.

The special event will feature an intimate six song performance, storytelling and a Q&A session hosted by actor/comedian, Jeff Garlin, to celebrate the release of Cantrell's new solo album, "Brighten".

"An Evening With Jerry Cantrell" stream is set to take place on Wednesday, December 1, 2021 at 6:00 PM PT/ 9:00 PM ET and fans can purchase tickets that allow them to stream the event for 24 hours.

Tickets are available for $12 pre-order and $15 day of show here.