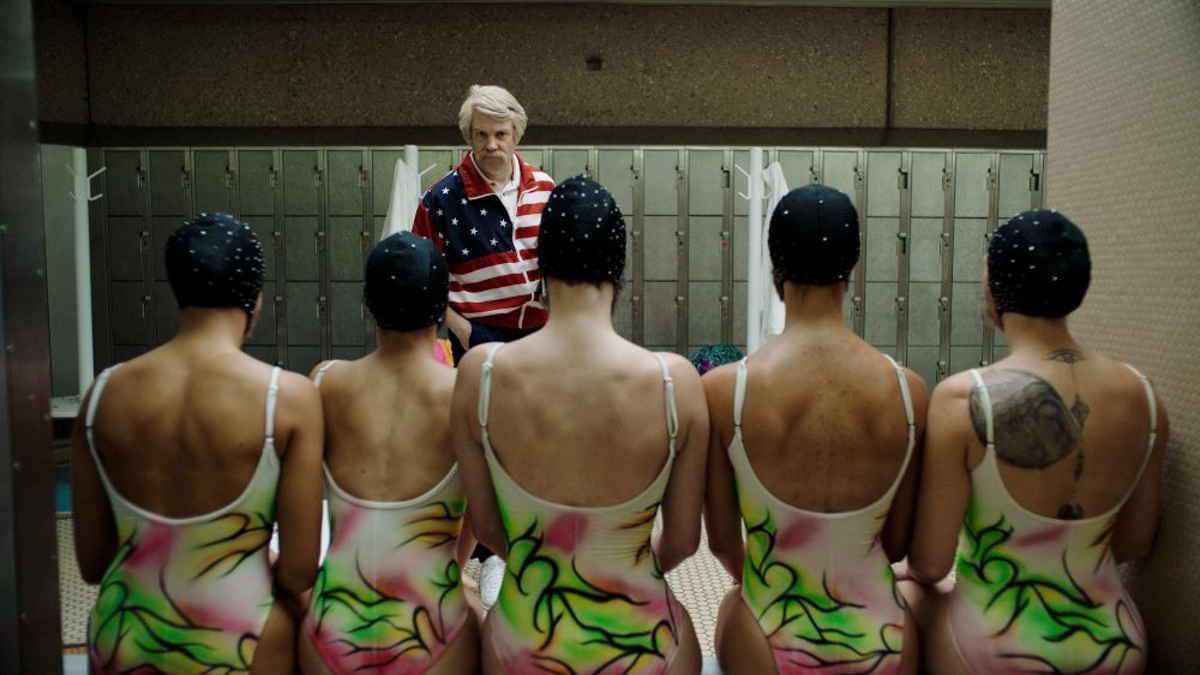 (hennemusic) The Foo Fighters have teamed up with "Ted Lasso" star Jason Sudeikis in a newly-released video for "Love Dies Young", a track from their latest album, "Medicine At Midnight."

Written and directed by Dave Grohl, the clip stars Sudeikis as coach of a synchronized swim team, delivering a pep talk before a competition that reveals the faces of the band members superimposed on to the athletes' heads.

"Love Dies Young" is the fifth single from the Foos' tenth studio album, which debuted at No. 1 in several countries while entering the US charts at No. 3 on the Billboard 200 earlier this year.

Last month, Paul McCartney inducted the Foo Fighters into the Rock And Roll Hall Of Fame during the 36th annual event in Cleveland, OH.

The group will close out their 2021 live schedule next month with a pair of sold-out shows in Las Vegas, NV before playing dates in Sacramento, CA and Fresno, CA. Watch the new video here.