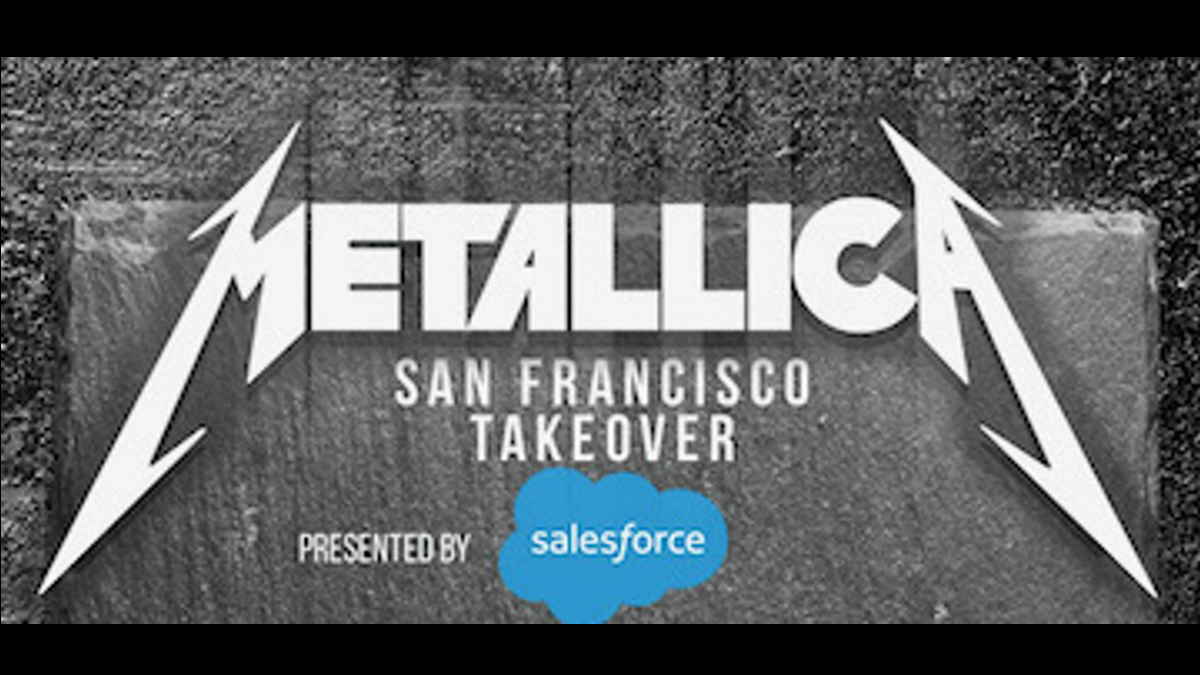 (hennemusic) Metallica have announced that they will be playing a series of events in their hometown of San Francisco, CA as part of their 40th anniversary celebrations.

"We're just one short month away from celebrating 40 years together, and we can't wait to welcome fans from around the world to our hometown!," says Metallica. "When we first told you about the two shows at Chase Center on December 17 and 19, we also promised a full weekend of 'Tallica family vibes with curated live music, Blackened Whiskey tastings, and other events starting the night before the first show. Well... we're back with all the details!

"The festivities get started early with our friends White Reaper, who graciously appeared on the recent Metallica Blacklist album, playing at August Hall on Thursday, December 16. Other Blacklist artists Goodnight, Texas and Kamasi Washington will also be hitting the stage around town during the weekend at various venues, or you can check out the OTTTO, Taipei Houston, and Bastardane show... a few of the musicians on stage may look somewhat familiar!

"Of course, the Blackened Whiskey team will be everywhere with welcome and pre-show parties, specialty cocktails, and drink specials. There's a film-fest rolling some of our concert movies on the big screen and an opportunity to see some of the finest Metallica tribute bands. Photographer extraordinaire Ross Halfin will be busy all weekend signing books, doing a Q&A with our own Steffan Chirazi, and hosting a gallery show. Find ticket details here.