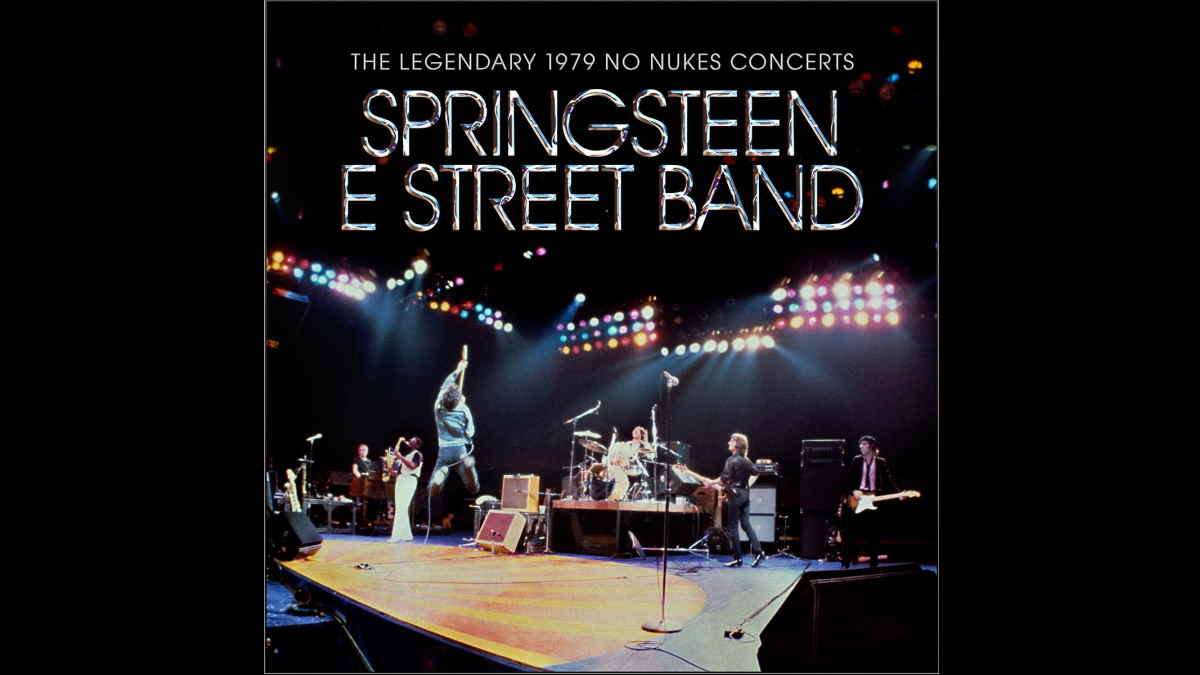 (hennemusic) Bruce Springsteen is streaming audio of his newly-released live album, "The Legendary 1979 No Nukes Concerts." Now available in multiple audio and video formats, the set includes ten never-before released performances from the Madison Square Garden MUSE benefit concerts; while some material from the shows has been previously issued, the 2021 package marks the first time fans will see and hear the band's entire setlist from the event.

Among the highlights are then-unreleased versions of "The River" and "Sherry Darling," live staples "Badlands," "Born To Run" and "Thunder Road," plus covers of Buddy Holly's "Rave On" and a version of Maurice Williams' "Stay" featuring special guests Jackson Browne, Tom Petty and Rosemary Butler.

A composite of two performances captured during the multi-day 'No Nukes' concerts, the film packs the intensity of a marathon Bruce Springsteen and The E Street Band show into a crackling 90 minute run-time.

"The Seventies were a golden period in the history of Bruce Springsteen and the E Street Band, and the Legendary 1979 No Nukes Concerts is the greatest document of that era we will ever have," says manager Jon Landau. "It's a pure rock show from beginning to end, the energy level is transcendent, and the mastery of the art and the craft of rock music is awe inspiring."

"At one hour and seven minutes, which is the start of 'The Detroit Medley'", Landau adds, "this thing goes to an energy level that has rarely been seen. Bruce transports himself to a space where the endorphins have been completely released. He's floating on pure energy. He's absolutely floating. It's spectacular."

"The Legendary 1979 No Nukes Concerts" live album and film packages are now available in multiple formats, including 2CD/DVD, 2CD/Blu-Ray and digital download; the film will also be available via digital rental on November 23. Stream the album here.