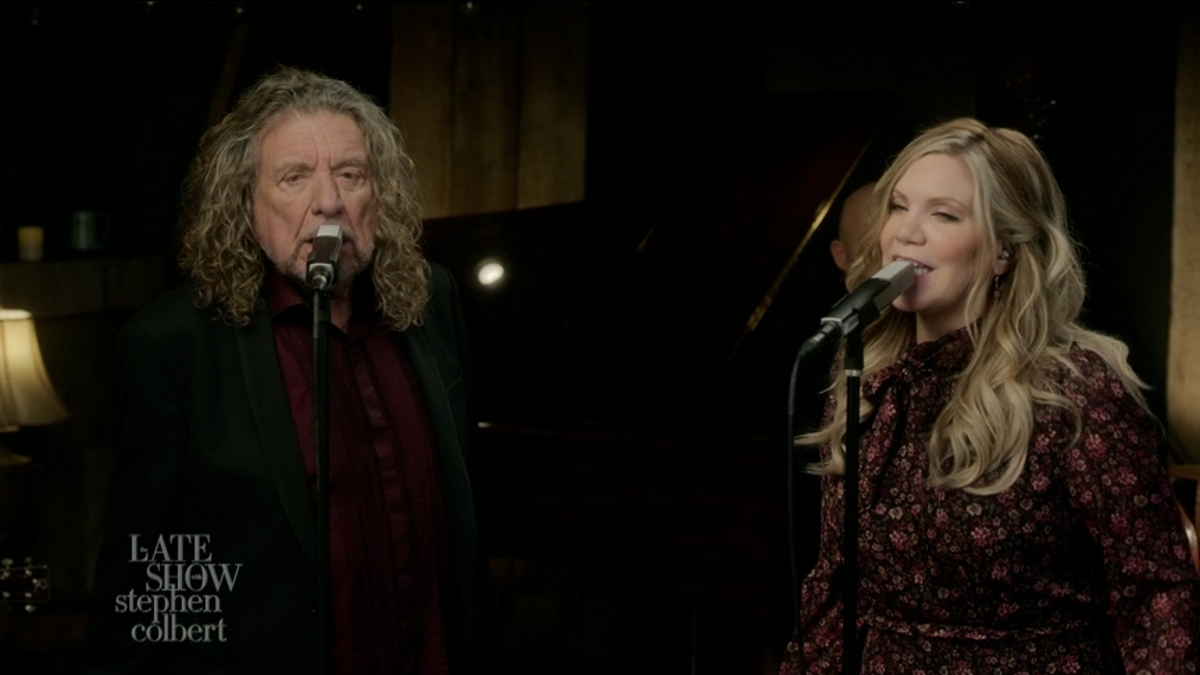 (hennemusic) Robert Plant and Alison Krauss performed their single, "Can't Let Go", on the Friday, November 19 episode of CBS-TV's The Late Show with Stephen Colbert and the shows has shared video of their performance online.

The appearance was in sync with the same-day release of the pair's new album, "Raise The Roof." The follow-up to Plant and Krauss' Grammy Award-winning 2007 record, "Raising Sand", was produced by T-Bone Burnett and recorded at Nashville's Sound Emporium Studios in late 2019.

In addition to the duo's take on "Can't Let Go" - written by Randy Weeks and first recorded by Lucinda Williams - Plant and Krauss also delivered "Trouble With My Lover" from the project as a bonus online exclusive performance for the late night program. Watch the video here.