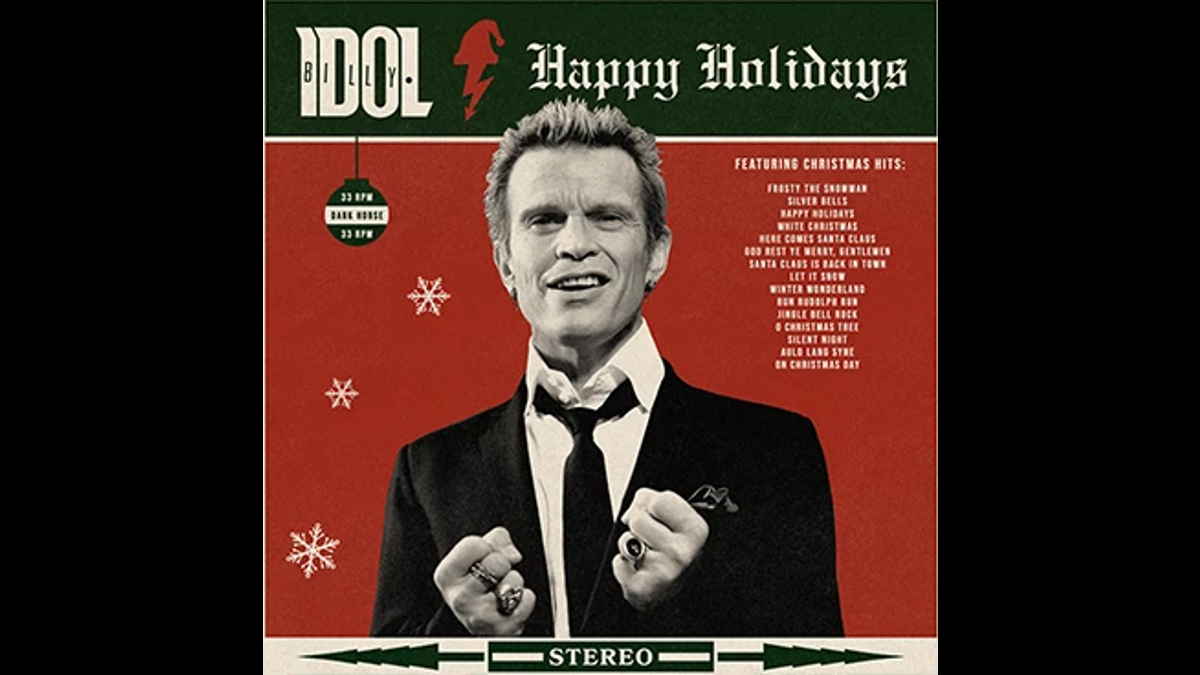 The rocker originally worked on the set of seasonal favorites with multi-instrumentalist and producer Brian Tichy and keyboardist Derek Sherinian.
"Before our 2006 European tour, I recorded a number of seasonal songs," recalls Idol. "A tree-trimming, fireside, Christmas Eve, Christmas Day intimate album was the result. Most probably essential at Christmas, is that the music is in the spirit. Knowing that family, friends, and children might be listening, I wanted a selection that would please all, while still exploring the awe and mystery that is Christmas."

Against the backdrop of a video Yule Log, fans can listen to the 2021 version of the project, which presents 13 seasonal classics and two Idol originals: the title track, and the previously-unreleased tune, "On Christmas Day", which features Steve Stevens on guitar.

"Happy Holidays" has been repackaged with new artwork and is available for the first time on streaming platforms and vinyl - including black and limited-edition white vinyl packages, as well as CD and digital editions.

Idol and Stevens have a number of acoustic shows scheduled in the US through the end of 2021, and the pair will be joined by a full band lineup on a newly-announced North American tour with Journey that opens in February. Check out the video here.