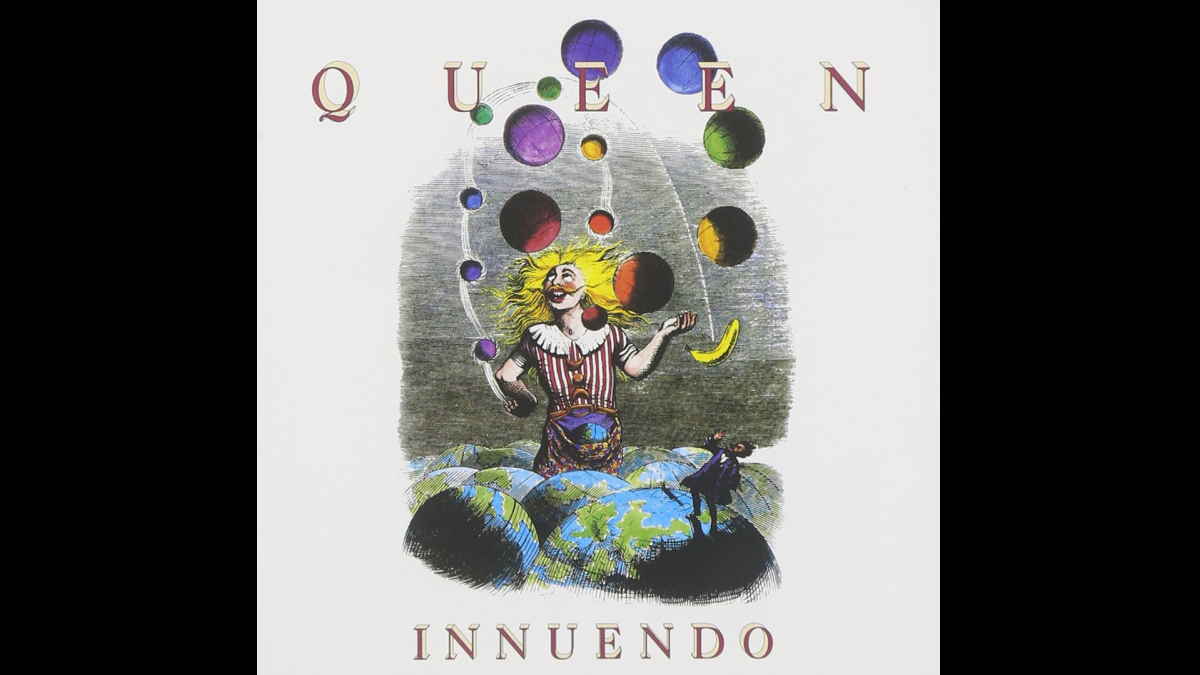 (hennemusic) Queen revisit their 1991 album, "Innuendo", in latest episode of the band's 50th anniversary video series The Greatest. Entering the studio in Montreaux, Switzerland, the band faced the challenge of creating and making new music while singer Freddie Mercury's health continued to decline in the years following an HIV positive diagnosis ion 1987, unbeknownst to the public.

While an early 1990 appearance at the BRIT Awards to accept an Outstanding Contribution to British Music honor displayed changes in Mercury's physical appearance and further fueled speculation about his health, the group forged on with sessions for the project.

Queen recorded the set live in the city's Casino Hall with producer Dave Richards in an effort to catch moments of improvisation while working on the material.

"There's some very good stuff on 'Innuendo'," says Roger Taylor, "and it was quite live as well, and I think a bigger studio is good for us."

"There was a feeling of sort of re exploring our youth almost buried in there somewhere," recalls Brian May about the experience. "And it was fun."

"Freddie was singing down there live as well with them, and there was absolutely no impression from me that he could have been sick," Richards explains. "He was full of beans and singing away."

"I did a complete demo for 'The Show Must Go On'," shares May, "including that very high part, you know, 'On with the show'. And I said to Freddie, because Freddie always used to say, 'Oh Brian, you're f**king making me tear my throat to bits again'. So I remember apologizing in as much as I said, 'Look, I've done it in falsetto. I don't know if it's possible to do it full voice, you know, but obviously that would be great'."

"And he went 'Oh for God's sake', you know, he said, 'roll the tape', a couple of vodkas, and he went for that line, which is outstanding, you know, for him to reach those notes. He's reaching heights he's never done before. He's just finding the energy from somewhere? And the voice on 'The Show Must Go On' is incredible. I never heard anybody sing like that in my whole life. And he rose to every challenge and seemed to reach heights that he never even reached before."

At the beginning of 1991, the "Innuendo" album and single were released and both entered the UK charts at number one, while it was also Queen's first album to go gold in the US on release since "The Works" in 1984.

Sadly, "Innuendo" was the final Queen studio album to be released during Mercury's lifetime; he would die of complications from AIDS in November of 1991. Watch the episode here.