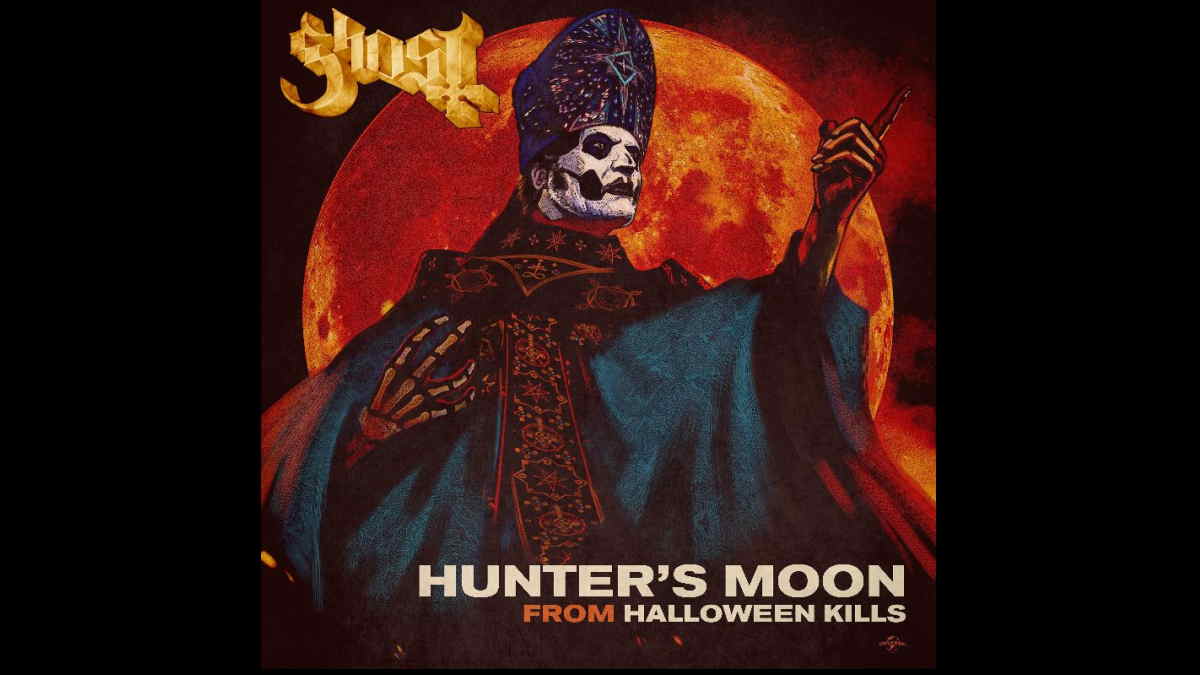 (hennemusic) Swedish rockers Ghost have released a video for their new single, "Hunter's Moon." Produced by Klas Ahlund and mixed by Andy Wallace, the tune is featured in the forthcoming movie, "Halloween Kills", the latest installment of the "Halloween" film franchise.

The genesis of "Hunter's Moon" can be traced back to Ghost's November 16, 2018 show at the Forum in Los Angeles. Ryan Turek, Vice President of Feature Film Development at Blumhouse Productions (Get Out, Insidious, The Purge, Us, Whiplash) would attend the sold-out show, striking up an instant rapport with Ghost's Tobias Forge - one that developed quickly via meetings, podcast appearances, and ultimately a visit with co-writer and director David Gordon Green on the North Carolina set of the 2021 film.

"Hunter's Moon" will be featured alongside the end credits of "Halloween Kills", and on the companion soundtrack album, with both to be released on October 15.

A standalone 7" vinyl single of the track will be released January 21, 2022; the retail version will feature the special B-side "Halloween Kills (Main Title)," performed, produced and engineered by John Carpenter, Cody Carpenter, and Daniel Davies.