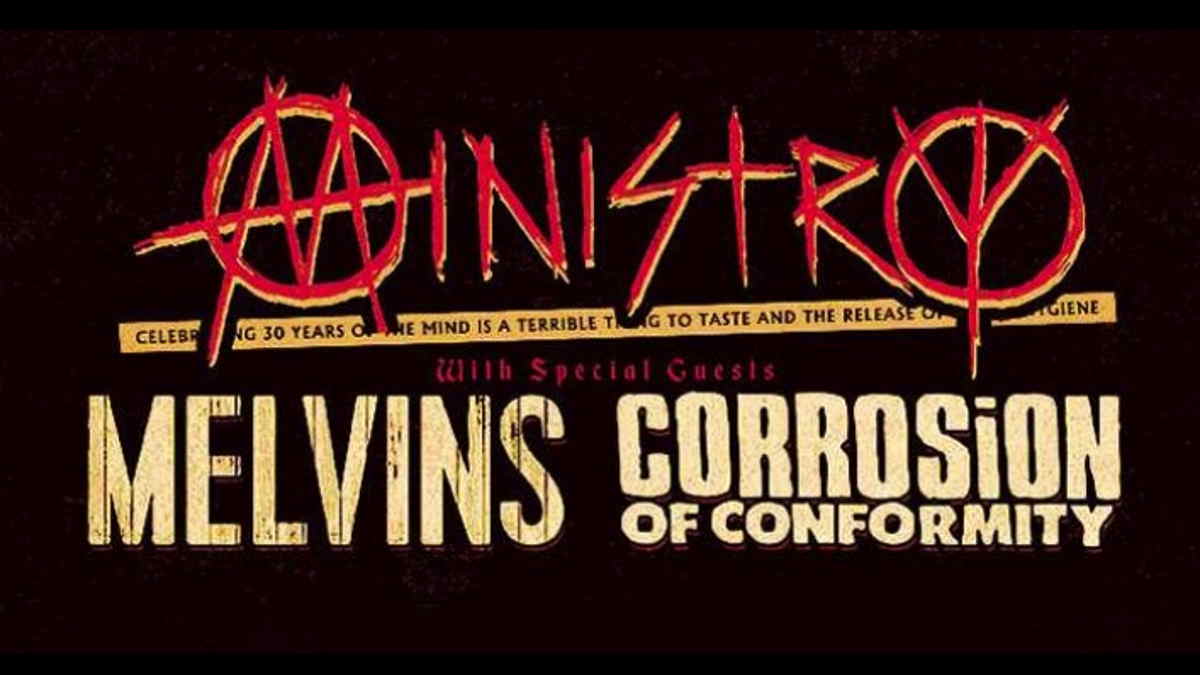 Ministry have announced that they have postponed their fall headlining tour that was to feature Helmet and Front Line Assembly and moved it to next spring with new support acts.

Melvins and Corrosion Of Conformity will be taking over the open slots when the tour kicks off on March 6th in Baltimore, MD at the Baltimore Soundstage.

The band also shared, "Due to scheduling changes, some of the original show dates have regrettably been canceled as some venues are not available for this updated time period; as well, some new show dates have been added. All tickets will be transferred to the new dates. More show dates will be added to this tour and announced soon."

They also released a music video for their new track "Disinformation" to celebrate their new album, "Moral Hygiene" hitting stores. Watch the video and see the new tour dates below: