Singled Out: Loveland Duren's Where Are We Going 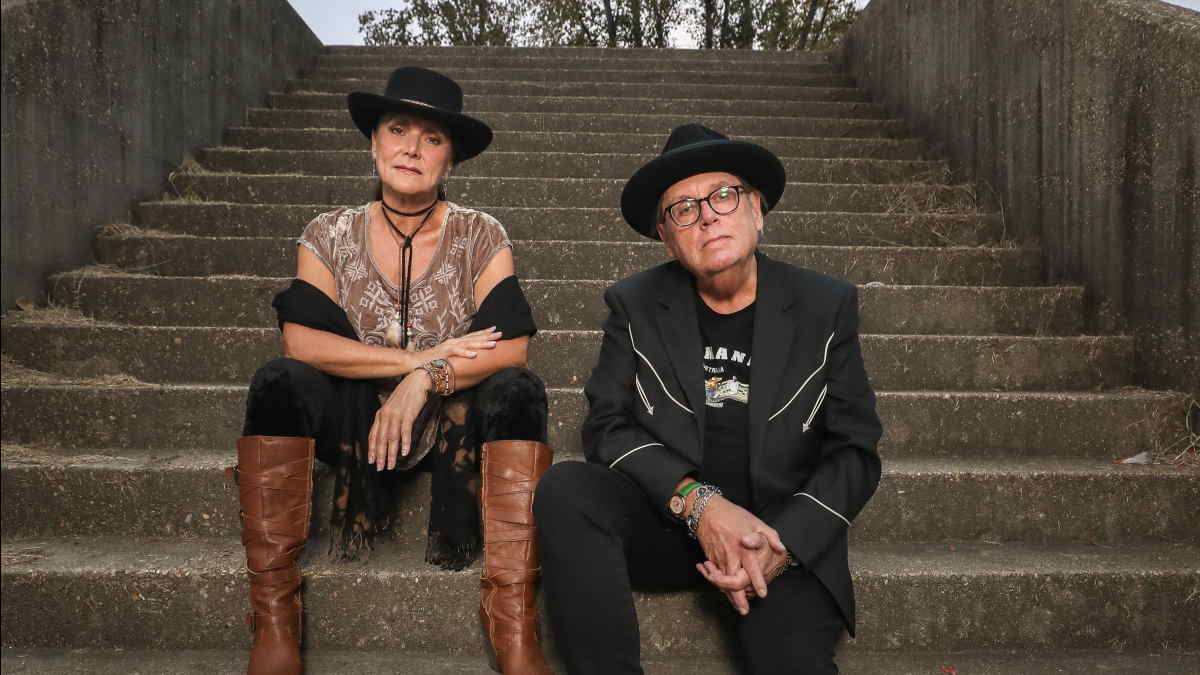 Loveland Duren (Vicki Loveland and Van Duren) released their new album "Any Such Thing" this week and to celebrate we asked Vicki to tell us about the song "Where Are We Going". Here is the story:

"Tossed the handbook out the driver's window..." encapsulates the intuitive force present when this song came into being. As long time writing/musical partners, we've accumulated a lot of time and shared tight spaces together in our pursuit of the elusive "perfect song." Although there is somewhat of a formula in constructing popular music (verse-verse-chorus-verse-bridge-solo, blah-blah-blah), we have come to realize that the best songs come to you and through you, and usually don't play by the rules. Our passion is just to get it down before it decides to leave us, and find its way into someone else's dream.

Long story short, we were on the road, in the middle of a rather hectic and major tour of London, Australia and Tasmania to promote an out-of-the-blue documentary film called Waiting: The Van Duren Story. In spite of our fervent excitement and anticipation of such an extraordinary opportunity to travel, play and promote not only Van's music but Loveland Duren's new music as well, we too often found ourselves in situations that were uncomfortably tense and chaotic. We probably could write a "handbook" about those state-of-affairs now, but I digress.

To make the best of the circumstances, deal with the inevitable pending drama, and not lose our sh*t in the process, Van and I chose to act as each other's therapists during our cherished and scarce quiet moments away from all the pandemonium. A recurring theme that came out of those "sessions" together was that even though we might find ourselves in the middle of surprisingly wrongful conduct and rookie mistakes from others, we had to keep ourselves centered in a place of love to gracefully maintain our composure/sanity and get through the tour. Thus:

"Where are we going?
Does it really exist?
Someplace worth knowing?
But I feel you insist
Into the dark or into the light
Love is all there is
And that is where we're going"

Short of giving up and "not giving a f***," writing songs about our experiences is the most constructive and cathartic method of sharing with others what has happened to us. But for the sake of anonymity and the "all persons fictitious disclaimer" to protect the people and places portrayed, we made this one a bit more universal so that it could speak to any number of situations. We always want to connect and relate with our listeners right where they are, in the middle of their own stories.

Hearing is believing. Now that you know the story behind the song, listen and watch for yourself here

Singled Out: Loveland Duren's Where Are We Going