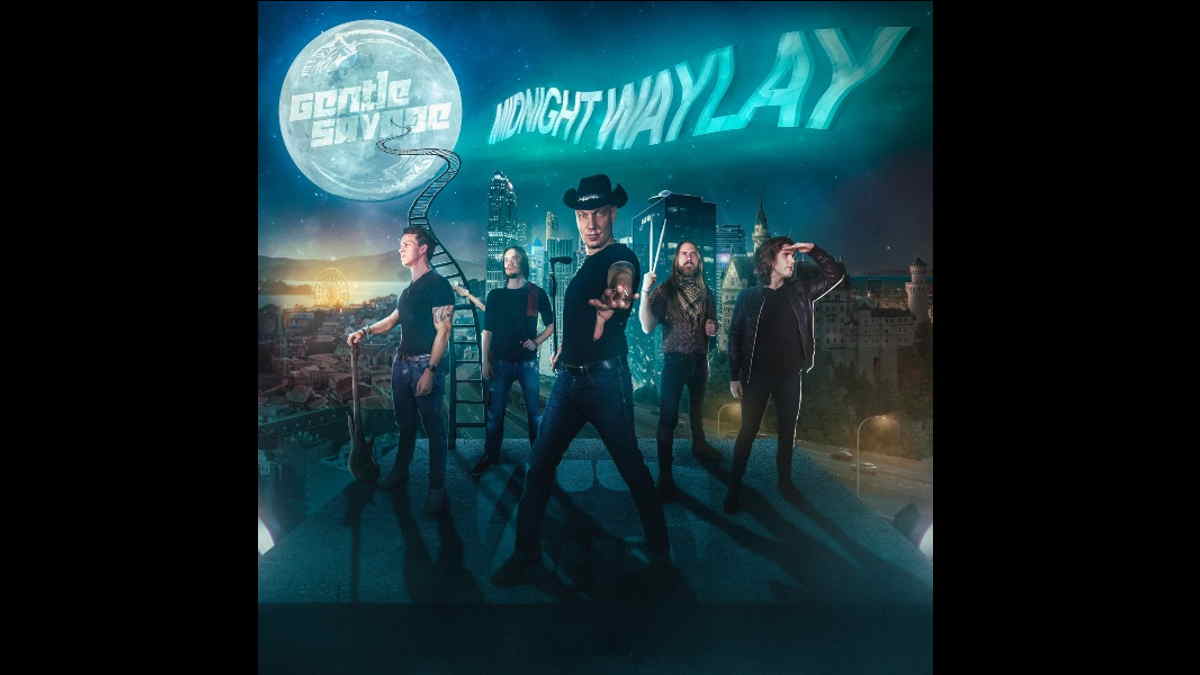 Lead vocalist Tornado Bearstone tells the story behind the video: "We streamed our Midnight Waylay album release party in collaboration with the mighty Bravewords. That show left us with tons of high quality video material from different cameras and camera angles. We decided to make a music video for 'Carry The Fire' to show our stage presence rather than to shoot a video at a studio location without the real gig feel.

"With that cool live footage in our hands we hired a Finnish digital artist named Ilari Kallinen to edit the video. He synched the live video footage with the studio audio and the result shows beautifully what Gentle Savage is about on stage.

"Carry The Fire closes the Midnight Waylay album and holds a very important message; The musical legacy we have inherited from the great ones is priceless and we want to carry it on with pride!

"We put our hearts into Gentle Savage's music and Carry The Fire Of Rock Music as a part of the endless chain of rock musicians and rock lovers for generations to come. The story proclaims the simple truth that Rock will never die!" Watch the video below: