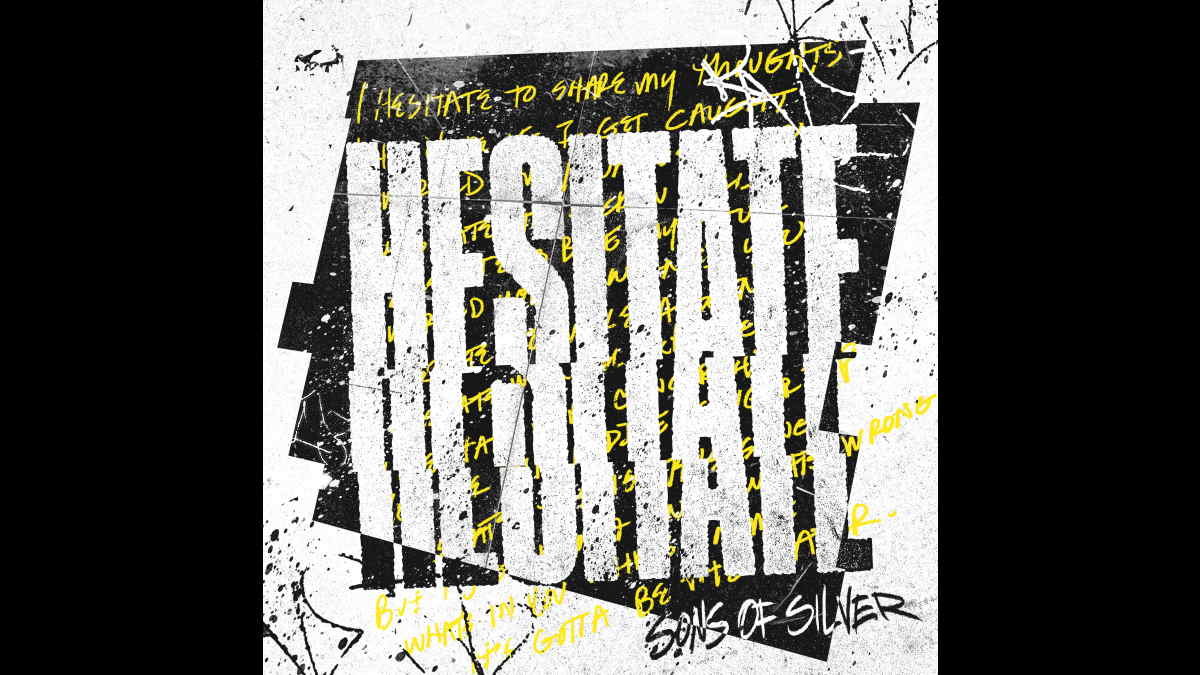 Sons of Silver recently released their new single "Hesitate" from their forthcoming "Ordinary Sex Appeal" EP and to celebrate we asked frontman Peter Argyropoulos to tell us about the track. Here is the story:

Hesitate's the perfect example of how most of our songs come about. We start with nothing and without intention. We simply start playing. Instinctively, we arrive at a musical moment that sparks all of us and off we go until we exhaust the inspiration or end up with a solid framework for a song, including lyrics. Usually, we last about 20-30 minutes. What we end up with is a raw reflection of where we are, emotionally, at that point in time.

In the case of Hesitate, it was the summer of 2020. We'd returned to the studio for the first time since the pandemic hit. At first, we were a bit hesitant- no pun intended- to gather in a small studio together. But we were anxious to get back to work. We needed to hit the musical punching bag, so to speak. Hesitate came about at the end of a long day. We were working on another song (I don't recall anything about it) and fell into an intense musical tangent. We looped on what was shaping up as a verse and chorus for 10-15 minutes. I started singing "I hesitate to..." followed by "I warned you" right away. I could sense the band was feeding off of the lyrics as much as off of the music and I didn't want to mess with the vibe. So, I chose to treat the lyrics like a mantra. I figured I'd expand upon them later.

Musically, we had a similar approach: keep it simple and raw. For me, Dave really led the way with that feeling. He was like an irreverent and bombastic train. He and I were really feeding off of each other; kind of like we were singing together. Our peaks and valleys were right in sync.

Once we'd gotten all we were going to get from looping on the verse and chorus, we settled on a simple release section to break things up and we were done. I took a rough mix home, scoped it for the best lyrics and added several more pages of ideas that evening. I took a chance and decided to keep with the theme of repeating "hesitate" through the song. Departing from that theme seemed to undermine the emotion. Fortunately, when I strummed the lyrics for the band the following studio session, everyone was into it.

Hearing is believing. Now that you know the story behind the song, listen and watch for yourself below or stream via your favorite service here