Metallica Share 'Ride The Lightning' Video From Louder Than Life 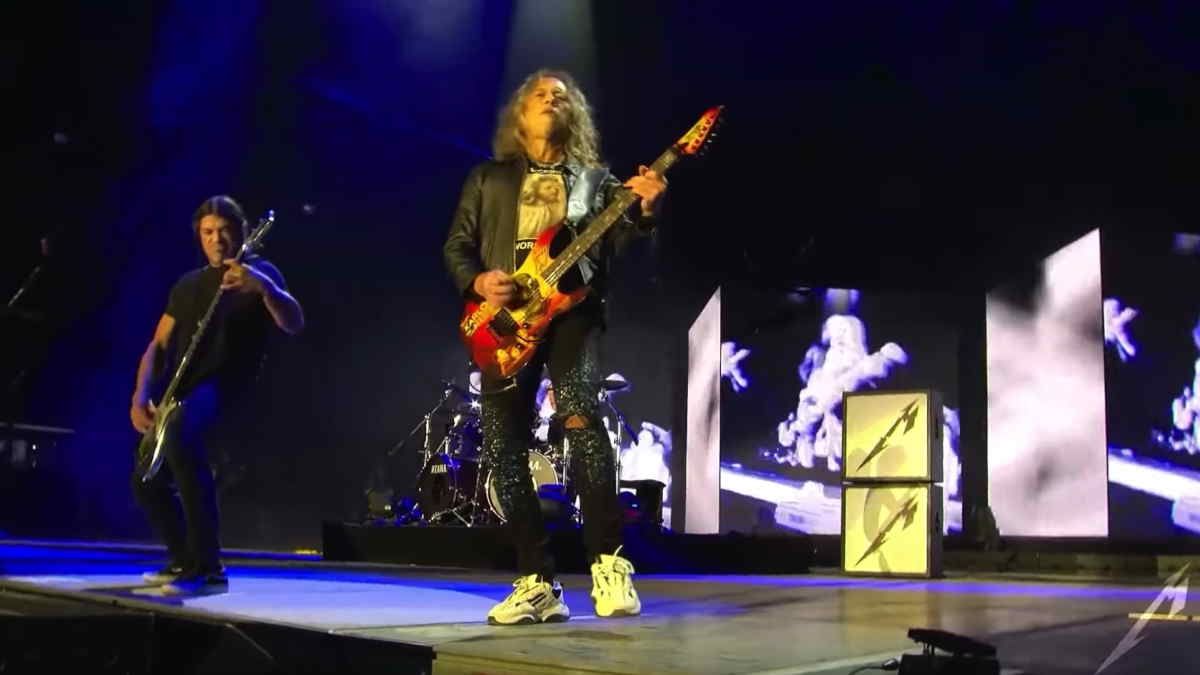 (hennemusic) Metallica are streaming pro-shot video of their 1984 classic, "Ride The Lightning", from a September 24 appearance at the Louder Than Life festival in Louisville, KY.

The title track from the group's second album, was featured on the group's opening night headline set, which also saw them close out the weekend event two night later with a performance of their self-titled 1991 record - aka The Black Album - in its entirety.

The festival shows came just weeks after the band released a series of 30th anniversary reissues of "Metallica", which helped return it to the US Top 10 for the first time in three decades.

Metallica are next scheduled to perform at the Aftershock festival in Sacramento, CA on October 8 and 10. Watch the live video here.