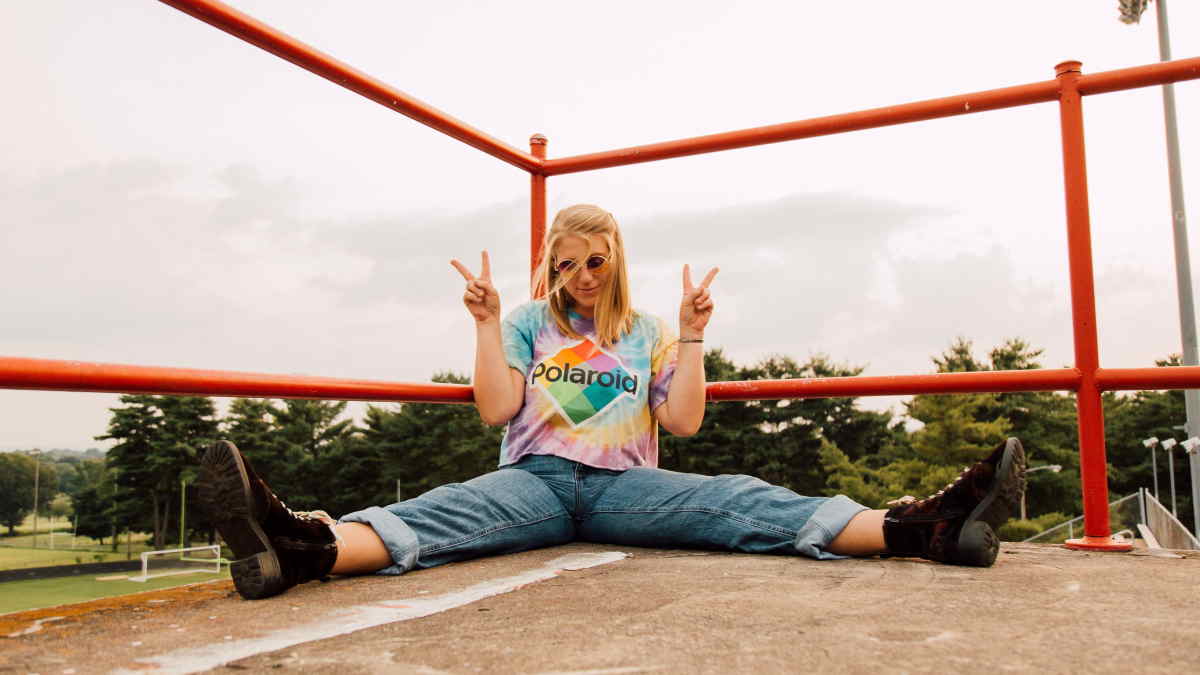 EPL (singer, songwriter and guitarist Erinn Peet Lukes) just released her new single "Catalyst" (from her forthcoming EP) and to celebrate we asked her to tell us about the track. Here is the story:

"Catalyst" is a song that comes from an idea that's been brewing for a while. One of my most serious relationships ended a few years back, and the person who helped me realize that I needed to get out of it was my "catalyst." It made me think about how we all come into each other's lives and affect each other, like the butterfly effect. Some people become your best friend, some become your worst enemy, but I think more often people just help you realize and learn something about yourself. I've been led to believe that every relationship I have should be super meaningful, but sometimes the meaning comes from what they helped me realize about my life and what I want out of it.

So I've had the word "catalyst" floating in my head for a while. Then I moved to Nashville in January of 2021. My band back home in Colorado had broken up, and I was ready for a change. I didn't have many friends when I first arrived, so I started going to open mics and met some folks. I met someone who I developed a crush on even though he was in a relationship. He confided in me that the relationship wasn't great, and suddenly I felt like I could be the catalyst for change in his life. I felt like a siren, someone sent to him to make him make a change for the better. I think that's why the song is so dreamy - I was literally dreaming that I was sent to him from above to change his life. I have no idea whether or not this is true, but I hope in some way our time together did change his life for the better. We don't talk much anymore.

I had a batch of songs I wanted to record in Nashville, so when the time came in mid-March I had another song to contribute. Rachel Baiman, who produced the EP, attached to "Catalyst" right away. We both agreed we couldn't mess that one up. My idea for the record was to incorporate sounds from the music I grew up with - '90s pop and alt-rock. Rachel Baiman is an amazing old-time musician, but she also loves pop music, so we were a great pairing for this. I think Rachel did a great job of balancing the acoustic instruments with elements of '90s rock that make this EP so unique and expressive of the type of music I like. She told Anthony Da Costa, who played brilliant electric guitar on the record, to emulate '90s alt rock, and I think he did a stellar job.

In the studio, the demo I made failed, so I had to play the song live with the full band. That was a dream moment for me, standing in the isolation booth and feeling the swell of that song in real time with a group of talented Nashville musicians. In the middle of my dreamy song about change, I felt my life was a dream and was changed for the better. I love how art and life just keep overlapping on each other, like a snake eating its own tail. I wrote "Catalyst" because I was dreaming of being one, and in turn that song became a catalyst for me to change my sound and musical life. Hopefully when I sing it live, it changes and affects the audience too. It makes me dizzy thinking about it, in a good way!