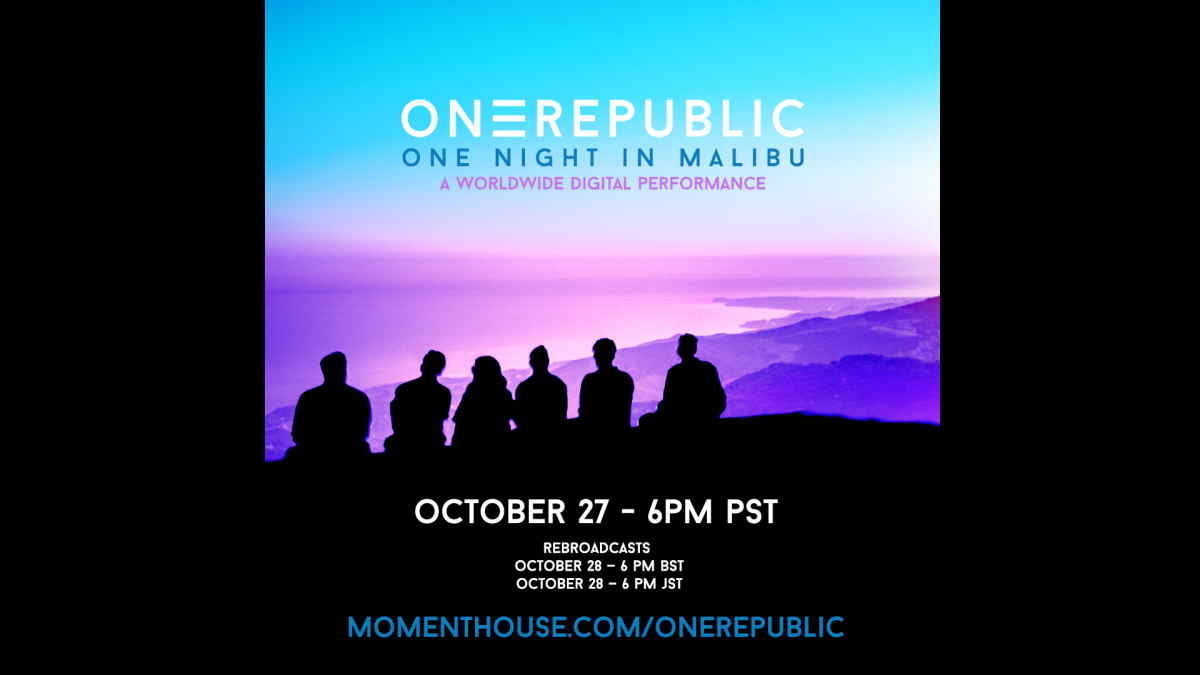 OneRepublic has announced a special One Night In Malibu digital performance via the social media live platform Moment House that will be broadcast on October 27th, followed by an encore the next day.

We were sent the following details: The event will see the band perform a 17 song set featuring tracks from their brand new album, Human, with two distinct setups and an added string section.

The performance will take place in Malibu, CA, bringing a cinematic, large-scale and captivating live music experience to fans across the world. Watch a teaser for the moment now HERE.

OneRepublic's Moment will be broadcast to various territories around the world including North and South America, Asia, Australia & New Zealand, and the UK, Europe and Africa.

Fans will also have the ability to join an exclusive afterparty with the band immediately following the performance, making for a truly interactive experience. Exclusive event merchandise will also be available. Tickets are on-sale now here.