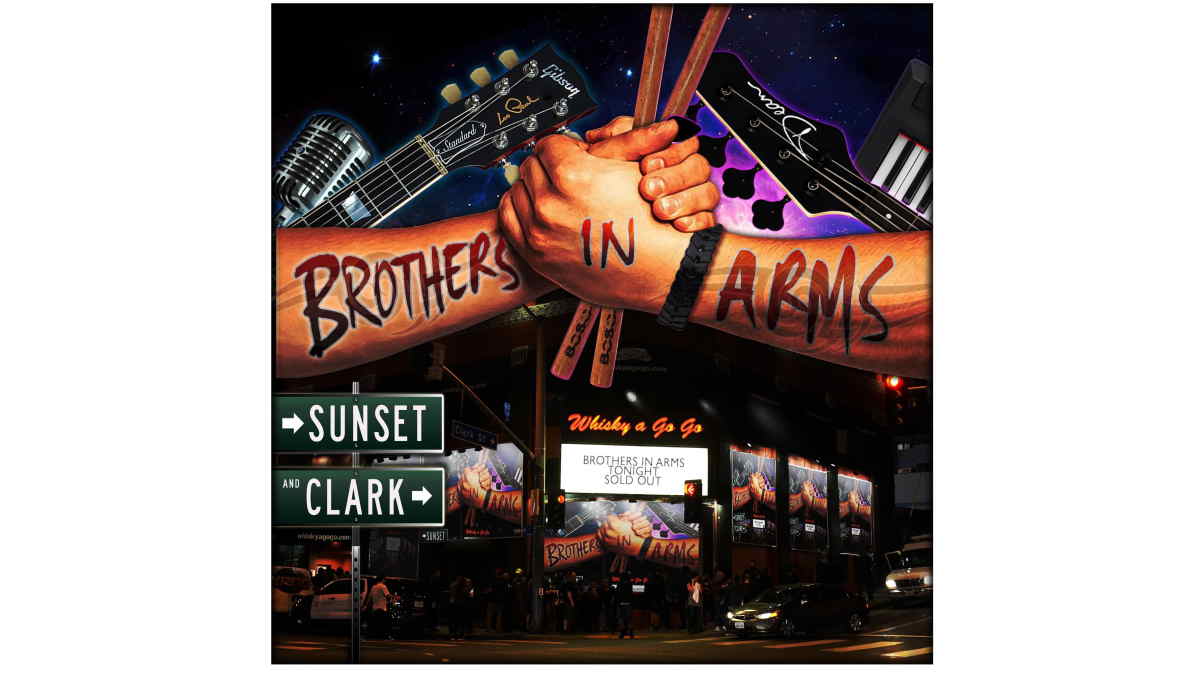 Jack Frost's Brothers In Arms have released a lyric video for the song "The City Never Sleeps", which features lead vocals from FM frontman Steve Overland.

Frost had this to say about working with Overland, "Wow City Wow. Being a child of Arena Rock I always lent my ear to bands like Kansas, Styx, Journey, REO, Shadow King, yes Shadow King, and then I saw a video for 'That Girl' from this U.K. band FM, and I was blown away by a Steve's vocal range, melodic feel and his choice for notes on guitar.

"I always wanted to do a track with all those elements and when Steve agreed to writing the track with me, all my prayers were answered. I love this tune, totally takes me back to a time of when Miami Vice was on TV and when Arenas around the world where packed singing each phrase of the songs.

"Please do yourself a favor check out Steve's work he's a master and a great guy. He just nailed it on this song. What a pro and such a nice guy to work with."