Kansas In The Studio For Leftoverture Anniversary 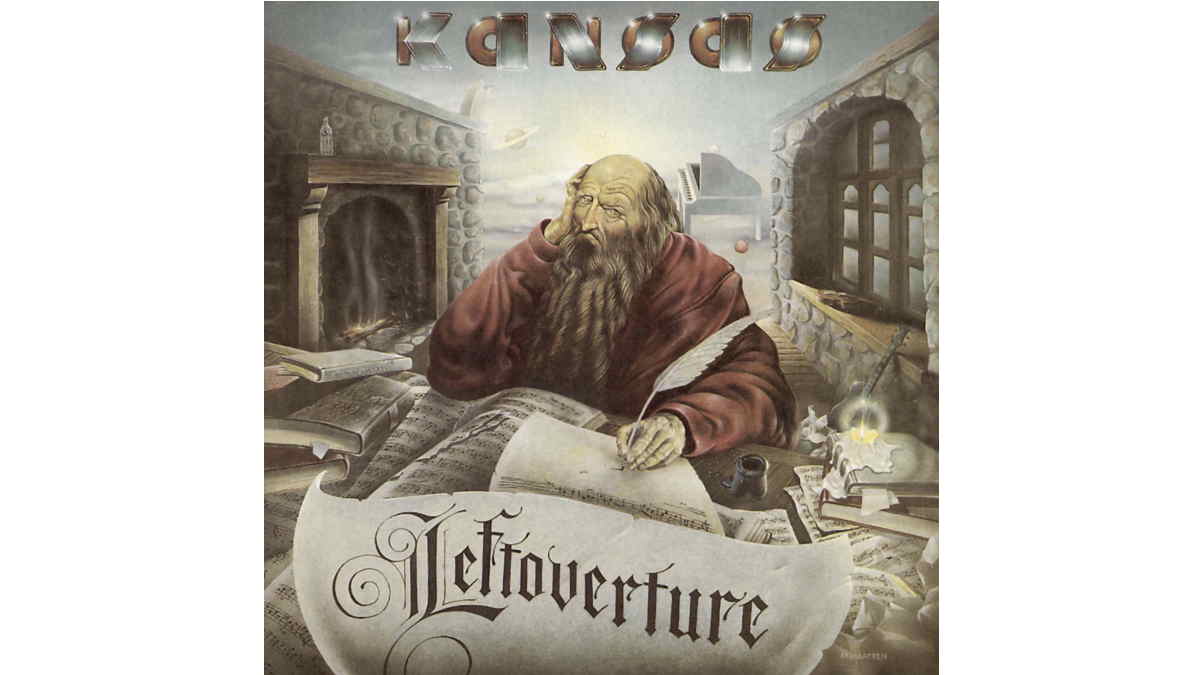 The 45th anniversary of Kansas' "Leftoverture" album is being celebrated by the syndicated radio show In The Studio With Redbeard: The Stories Behind History's Greatest Rock Bands.

Host Redbeard had this to say: By 1976 and their fourth effort Leftoverture, it was go big or go home for this intrepid six-man band from Topeka Kansas. Their first three albums had shown significant growth in all areas of songwriting, musicianship, and production, but as you will hear in this classic rock interview from ex-guitarist/keyboardist/main songwriter Kerry Livgren, guitarist Richard Williams, original singer/keyboardist Steve Walsh, original violinist/singer Robbie Steinhardt, and drummer Phil Ehart, they fully realized that if the fourth Kansas album Leftoverture did not spawn a hit and sell significant quantities, the party would be over. And the "party" had run up a tab of over $175,000 in debt.

For the forty-fifth anniversary of the fourth Kansas album, Leftoverture, we assembled the majority of the original American progressive rock band to tell the back story of the album which bestowed Classic Rock statehood on this band of brothers, a tale of fate and colossal determination by my guests guitarist/songwriter Kerry Livgren, drummer Phil Ehart, guitarist Richard Williams, and original lead singer/keyboard player Steve Walsh. The songs they discuss include Kansas klassics "What's on My Mind"," the perennial "Miracles Out of Nowhere", the epic "Cheyenne Anthem", the spiritual longing of "The Wall", and the last-minute game changer "Carry On Wayward Son". Because of the hit "Carry On Wayward Son" ( submitted by the prolific Livgren even as the band was packing up to leave the studio ) , Leftoverture gave Kansas permanent rock statehood.

When "Carry On Wayward Son" crossed over from FM rock airplay to Top 40 radio stations in early 1977, Leftoverture entered the Top Five in Billboard album sales, eventually exceeding four million copies. A curious thing happens when a band such as Kansas gets popular without the rock critics first anointing them: the music writers, most of whom who had pretty much simply ignored the band's first three albums, now had to pay attention. And it wasn't flattering. Composer of most of Leftoverture , Kerry Livgren, thinks that it was because most rock critics then could not accept the fact of a world-class Progressive Rock band coming from Topeka, Kansas. "The fact that we were an American band who, in many ways, emulated the Progressive Rock from England was something that bugged a lot of American writers," Livgren pointed out. "...But they thought,'You shouldn't SOUND like that if you come from Kansas.' Apparently (other) people didn't seem to care. We sold millions of albums anyway."

Kansas had reunited most of the original band and they were eager to talk, plus key songwriter Kerry Livgren, who had retired from touring in order to become a Georgia farmer, had parked his John Deere and picked up his Les Paul to do some Contemporary Christian solo albums, so suddenly he became available as well. This edition of In the Studio is dedicated to Robbie Steinhardt, who passed away in July, 2021. Stream the epsidoe here.