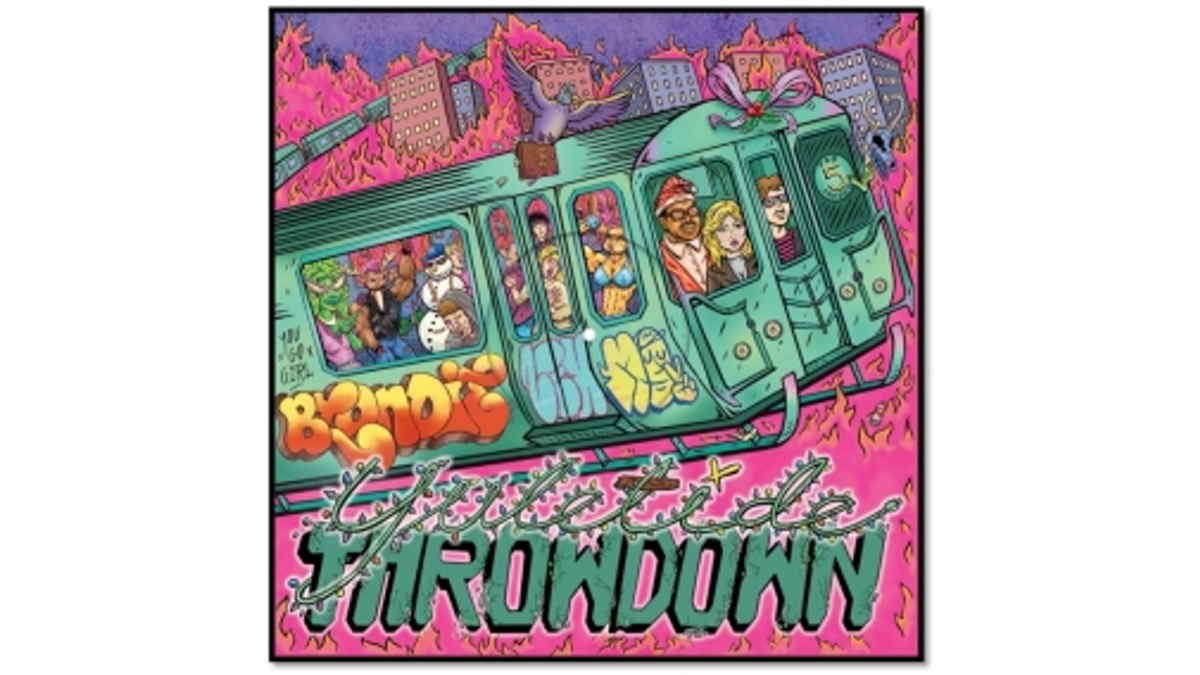 (FunHouse Ent) Blondie have announced that they will be releasing their 3-track "Yuletide Throwdown" digitally on October 8th, followed by on 12" limited edition vinyl in both magenta and black, on November 5th.

FunHouse sent over the following details: The EP features the ultra-rare 80's Christmas-inspired track "Yuletide Throwdown," co-written and performed with Fab 5 Freddy, along with a new, exclusive remix of the song by Cut Chemist.

The ultra-rare 1981 holiday flexi-disc, now being reissued for the first time on 180gram vinyl, was originally given away by the U.K. magazine Flexipop and then rediscovered as the band was researching and reviewing material from their personal archive for their forthcoming box set, to be released in August of 2022.

If it sounds familiar, here's why: the track was actually the original recording for what would later become one of Blondie's biggest hits, "Rapture." After shelving this version because the tempo was recorded too slowly (it was later recut into what became the global hit song), Chris Stein decided to go back into the studio a year later with the original track to record Debbie Harry and Freddy's "Throwdown" vocals for this cheeky, holiday masterpiece.

"It has been an impossible amount of time since I believed in Santa Claus, but I could very well believe again if he was Freddy Brathwaite!! Some of my best times have been making music with Chris Stein and Freddy B," notes Debbie Harry, with Chris Stein adding: "Freddy has done as much as any multi-platinum selling Hip-Hop star to promote rap culture."

Fab 5 Freddy expands: "In the beginning of my journey into pop culture, Chris & Debbie were among the first to take me and my ideas about hip hop culture seriously and were like mentors to me shining a light along the road and assisting my quest. I'm happy after all this time the world can now hear this fun holiday tune we did way back then!"

Flash forward 40 years - as the band sought to re-release the original recording, they engaged DJ and producer Cut Chemist (also known for his previous work as a member of both Ozmalti and Jurassic 5) to put his spin on the track, thus rounding out the Yuletide Throwdown EP project.

Cut Chemist (Lucas MacFadden) explains: "Blondie and Fab 5 Freddy are two giants in their respective cultures. "Yuletide Throwdown" is a perfect example of those worlds coming together. Chris Stein's music and Debbie trading raps with Fab created something entirely new sounding. It was an honor to work on this project as I have been a fan of their work for my entire life."

The new 2021 mix of the original track, which appears on the EP, was produced by 4x Grammy winner Steve Rosenthal and mixed from the original analog tapes by Grammy® winner Tom Camuso on his vintage Neve console at Studio E in Brooklyn.

The limited edition vinyl, available in both magenta and black versions, will come packaged in a die-cut bespoke 'disco-bag' style sleeve with exclusive artwork by New York graffiti artist 'Hugogyrl.'

Singled Out: Ananda Xenia Shakti's I Am Love