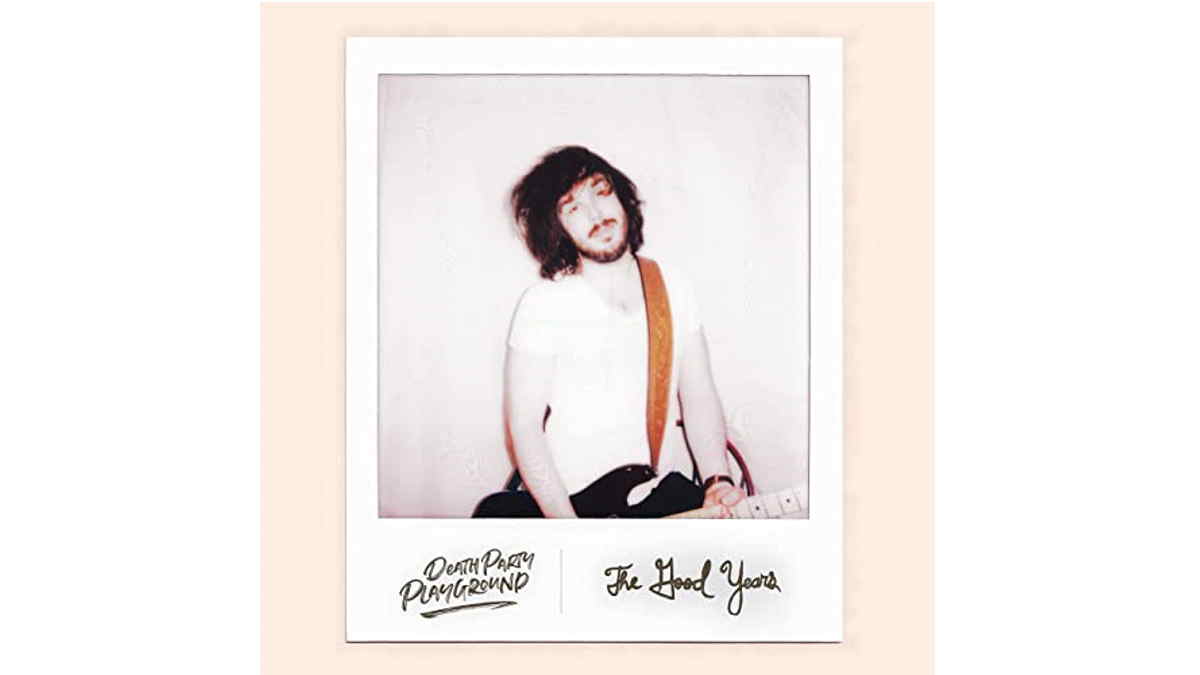 Death Party Playground are releasing their new EP "The Good Years" this week (October 15th) and to celebrate we asked Kyle Taylor to tell us about the single "Upside Down". Here is the story:

How I wrote and Recorded 'Upside Down' While Everything Was Upside Down By Kyle Taylor - Upside Down is the third of six tracks from our new record The Good Years and it's the newest track from the selection. I wrote it during the first lockdown in Ontario. Though I hadn't intended to write a "lockdown" song, I guess the feeling in the air seeped into it anyway. Like most of my songs, the writing of Upside Down started with the opening guitar part and the fuzzy beginnings of the verse melody. By this point, I start to try some lyrics:

"Haven't I said a word? Can't remember but it seems so hard to do."

It's a good start but there are too many syllables.

There, much better. It makes more sense too.

I get lucky with some of my songs, and the lyrics come fully formed in just a few minutes. Upside Down happened like that, as did Rose, Rubber Man and a few others from the last record. I make a point to avoid writing about anything in particular from the get-go. I'm more interested in the opening line being intriguing, and phonetically nice to sing.

"Have I said a word? Can't remember but it seems so hard to do."

I'm not sure what it means, but I like it. Now I look for a good rhyme.

"Heavy on the dark side, don't I know it but I'd light it up for you."

Perfect. I can go a few interesting places from there, and I have a nice bedrock to stand on in case I stray.

The rest came quickly, and though I didn't know it then, it is based around my partner. When everything shutdown, we really only had each other, and so much of my life was uncertain at the time, but we learned more than ever before how much we get along. I think Upside Down came out of an appreciation for that.

If you notice from my songs, many of them are in a three-part sort of configuration. The verse melody leads nicely to the next part, which sets up the chorus. Upside Down however, with the way the vocal melody naturally formed, kind of forced a fourth part, which is unusual for me. I'd noticed years ago that Young Bridges by Land of Talk has four distinct parts that go together (at least for the first half anyway) and I always intended to try it myself. Anyway, Upside Down kind of worked out that way on its own, but I'll take it.

Once I had the basic chord structure and lyrics worked out, I took it for a spin at a rehearsal with Matty and Jesse. This is one of the best things about having a band. Very subtle rhythmic changes take place when a few people are working out a song together, and it's always for the better. We rehearsed the songs from The Good Years for two months or so in the summer of 2020. Those sessions shaped Upside Down in ways I would not have on my own.

In preparation to record it, I started working out guitar and synth parts, as well as the vocal harmonies. The synth stuff was a bunch of pads that either doubled the chords or added extensions to them. I had hoped it would bring out an 80s feel, which it did, but the song just popped better without them. Sometimes the mix works better just by taking stuff away. All the guitar parts, however, blended beautifully, especially the "send-off" parts after the last chorus. I analyzed Jesse's bassline, which has a nice melody with some movement to it and built a guitar harmony over it. Pretty fun stuff.

Recording it was interesting. For The Good Years, we tracked all the songs live off the floor, and layered vocals and extra parts later. After these sessions, I was most excited about how Upside Down turned out. When I got the rough mixes back, however, the tempo was just too quick. The speed would jumble up the words and rush the melody. It sounded silly to me and I couldn't live with it. I checked this during the initial recording session of course, but the
adrenaline and excitement of recording can be blinding. It seemed fine then, even great, but it certainly was not now. We would have to re-record it. Simple enough, except we were prohibited from assembling because of a third lockdown which had just been called. Tough break.

The only way to get Upside Down recorded was for me to play everything myself. I brought my drums over to Joe's (our engineer and producer), we got the drum takes done, added acoustic, guitars, percussion, vocals and in just a few days it was almost done. Jesse recorded the bass himself from his home in Brampton, sent it to us and that was that. Joe did a mix himself and nailed it on the first go. Considering all the trouble with it in the beginning, it was probably the fastest turn around I've ever had with a song.

So, there it is. Upside Down.