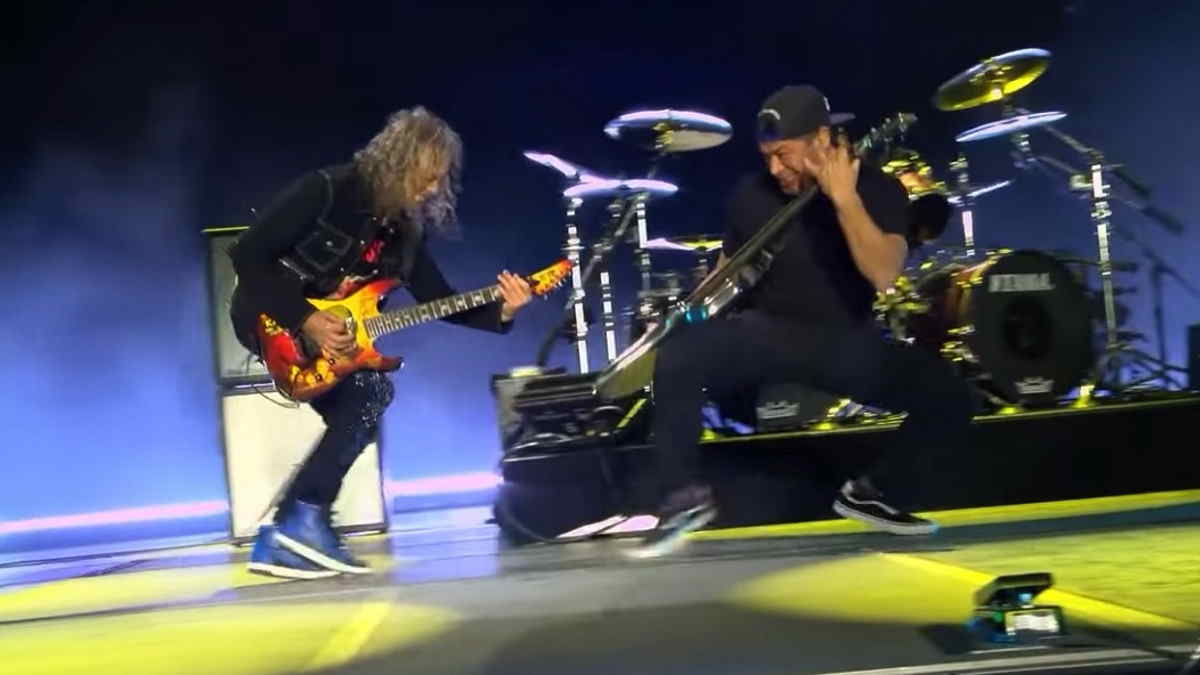 (hennemusic) Metallica are streaming pro-shot video of their 1984 classic, "For Whom The Bell Tolls", from an October 8 performance at the Aftershock Festival in Sacramento, CA.

The "Ride The Lightning" track was delivered during the first of two headlining appearances by the band at the four-day event, which they also closed out on October 10.

The latest in a series of festival gigs across the US follows last month's release of a series of expanded 30th anniversary reissues of Metallica's self-titled 1991 record.
The fall dates have included a pair of rare, intimate club shows in San Francisco, CA and Chicago, IL.

Metallica are next scheduled to perform at the Hard Rock Live Arena in Hollywood, FL on November 4. Watch the live video here.