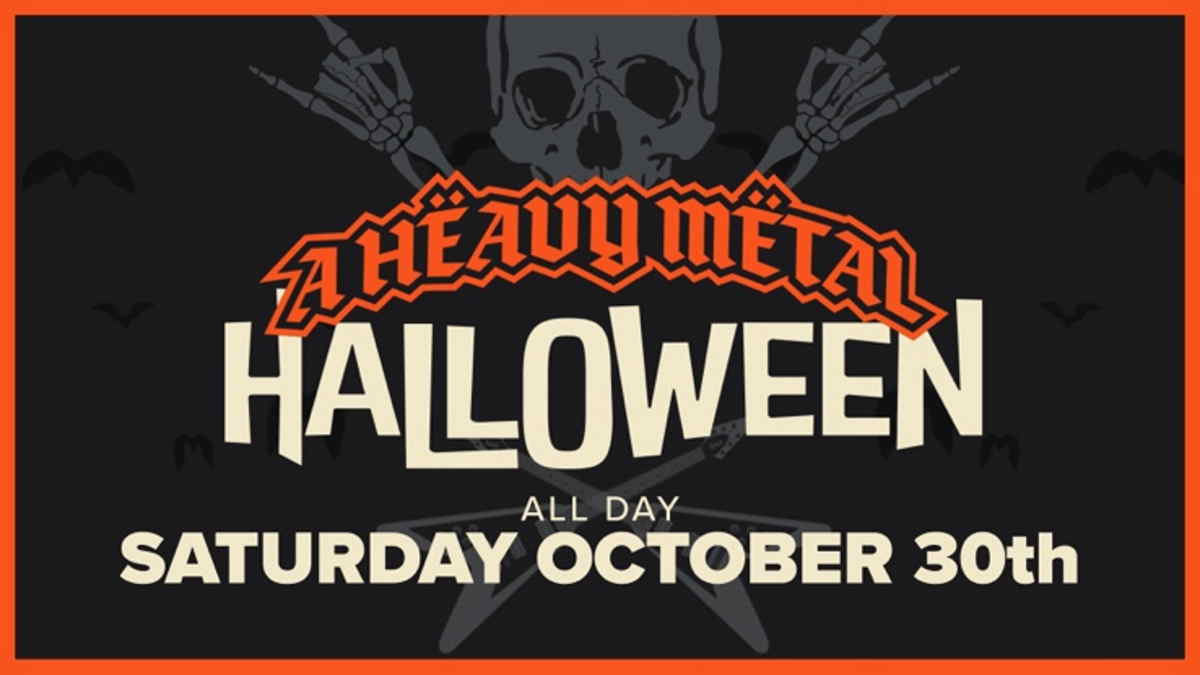 The network sent over the following details: Prior to the Heavy Metal Halloween event, two of the men responsible for some of Metal's most iconic costumes and makeup sit down with Dan Rather in a pair of The Big Interview episodes starting at 10 a.m. ET, featuring KISS cofounders "The Starchild" Paul Stanley and "The Demon" Gene Simmons.

The celebration of Metal monsters roars to life at 12 p.m. ET with a special presentation of US Festival - Day 2: Heavy Metal Day, the 1983 spectacle that brought together Quiet Riot, Mötley Crüe, Judas Priest, Triumph, Van Halen, and the "Prince Of Darkness" Ozzy Osbourne, for a one-of-a-kind concert event. Other highlights include the ultimate retrospective of one of Metal's most influential works in Classic Albums: Metallica, where James Hetfield, Lars Ulrich, Kirk Hammett, and Jason Newsted walk viewers through the production of the band's definitive Black Album; followed by seven Metal-themed episodes of Rock Legends covering "The Birth Of Metal," the iconic rise of Metal mainstays Iron Maiden, and the Godfathers Of Metal, themselves, Black Sabbath, among others.

Next, at 5:30pE, step "Into The Void" as Black Sabbath says goodbye with the ultimate "Electric Funeral" in Black Sabbath: The End Of The End, capturing the band on the final stop of their 2017 farewell tour as they take the stage in their hometown of Birmingham to rock the crowd with enduring hits such as "Iron Man," "Children Of The Grave," "Paranoid," "War Pigs" and more. Then, the Master Of Shock gets the documentary treatment, as Metal pioneer Alice Cooper shines a light on his macabre stage persona and how he became one of the genre's most beloved figures in Super Duper Alice Cooper at 7:30pE, featuring appearances by Iggy Pop, Elton John, and Dee Snider. The block closes with the popular travel series Ozzy & Jack's World Detour at 11:30pE, starring father and son duo Ozzy and Jack Osbourne in four classic episodes as they hit the road to hunt pythons in the Everglades, pay a visit to Mar-a-Lago, hangout with a haunted doll, tour an Elvis museum, jam with a Texas-based Black Sabbath cover band, explore a life-size replica of Noah's Ark, and get an up-close look at a collection of medical oddities.

AXS TV keeps the frightening festivities going on Sunday, October 31, starting Halloween night off right with the sinister premiere of the fan-favorite music countdown series The Top Ten Revealed, as a rotating panel of all-star guests joins host Katie Daryl to dissect the most killer "Murder Songs" of all time at 8 p.m. ET. Leading up to the premiere, the Network presents a special The Top Ten Revealed marathon loaded with tricks and treats highlighting topics such as "Songs About The Devil," "Rockin' Ghoulish Songs," and "End Of The World Songs," starting at 2 p.m. ET. The premiere-packed night also includes the season premiere of Rock Legends at 8:30 p.m. ET, profiling the groundbreaking Grunge scene that shook the Pacific Northwest and changed the trajectory of music forever.