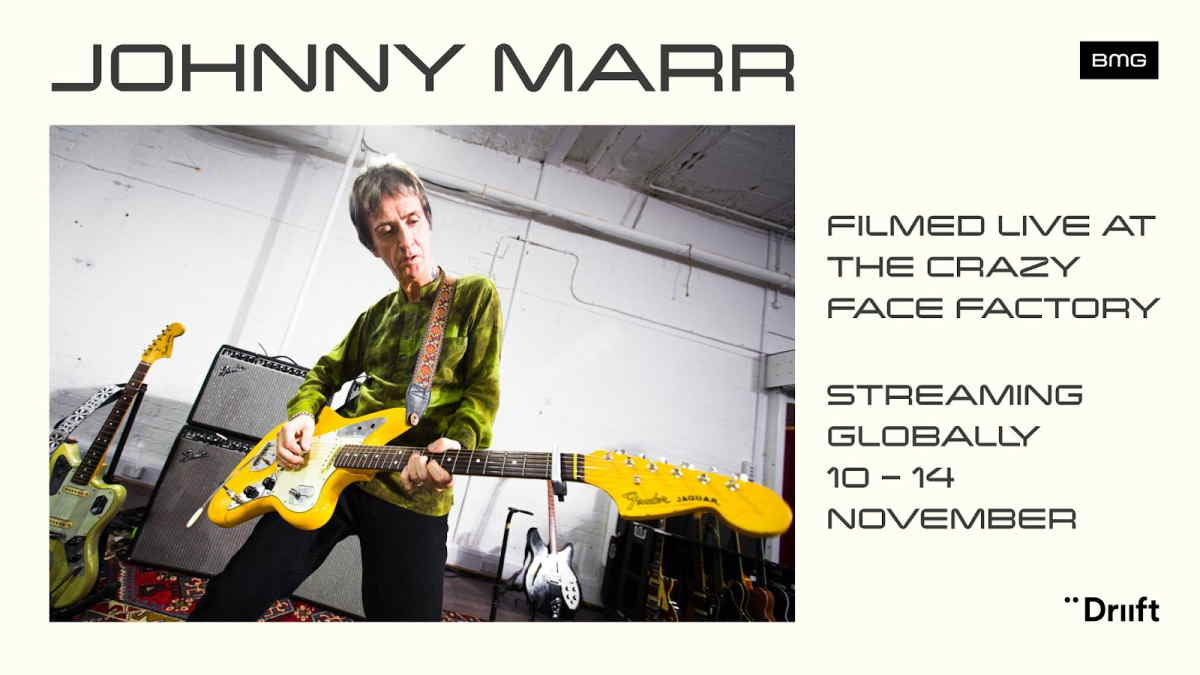 (DawBell) Johnny Marr has released a trailer for his upcoming 'Live At The Crazy Face Factory' global livestream event that will be taking place on November 10th. We were sent the following details:

The intimate livestream event will see Johnny discuss his creative process, life in song writing, and a set of full-band live performances with music from across his prolific career. Premiering globally on Wednesday 10th November and available on-demand until Sunday 14th November, tickets are now on sale via Driift here.

Specially curated by Johnny Marr, the livestream event will give fans the chance to step inside the Crazy Face Factory - a unique and personal space that serves as Johnny's de-facto HQ, custom-built studio, rehearsal space, creative hub, and where his forthcoming double album 'Fever Dreams Pts 1-4' was created.

Johnny had this to say, "The Crazy Face Factory is more than a workplace, it's where I chase my ideas, dreams of music, imagination and plans. Industrial and industrious. I spend days on end there, nights there alone. It's Call The Comet, Armatopia... where I live Fever Dreams."