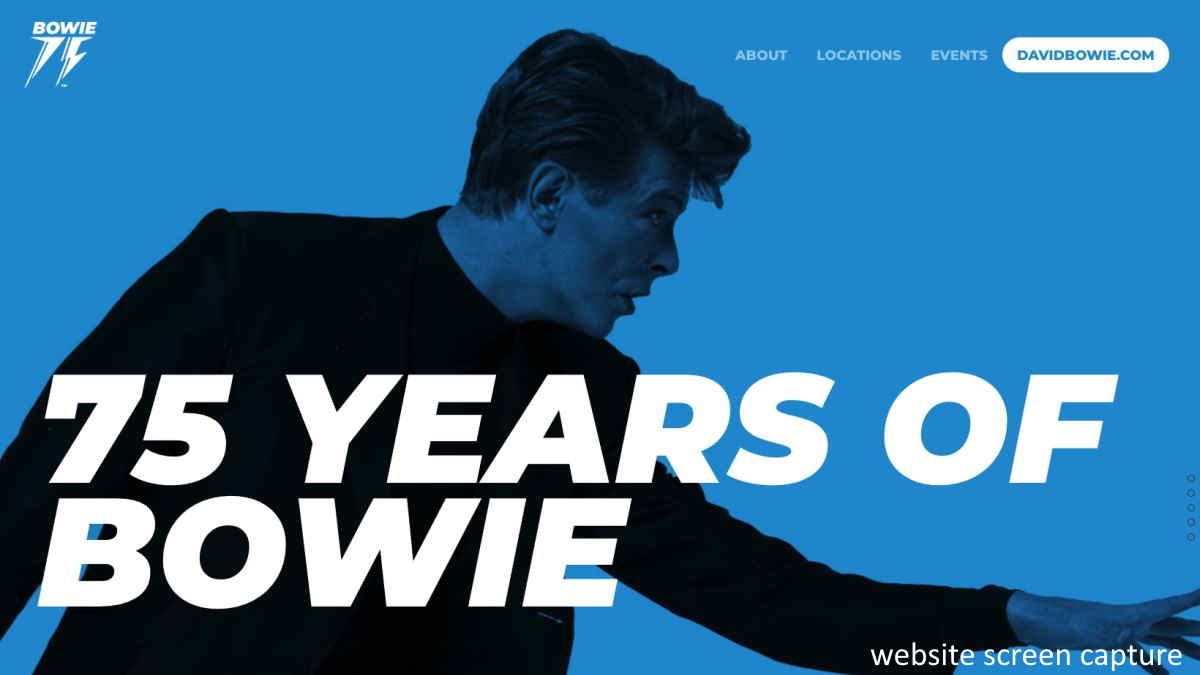 The London location at 14 Heddon Street is where the cover of his 1972 album classic, "The Rise and Fall of Ziggy Stardust and the Spiders from Mars" was shot, while the 150 Wooster Street spot is steps away from Bowie's long-time downtown New York City neighborhood.

The pop-ups will offer visitors a unique and immersive career-spanning deep dive into the sound and vision of Bowie, with features including Immersive audio and HD video screening rooms in partnership with 360 Reality Audio; hours of video content including previously unseen behind-the-scenes material; exclusive fine art photography documenting Bowie's many iconic eras and personae; and opportunities to purchase limited edition releases of exclusive Bowie apparel and collectibles, as well as limited run LPs and CDs; and, more.

Ahead of the late singer's milestone 75th birthday, the rocker's team will release the fifth in a series of box sets entitled "David Bowie 5. Brilliant Adventure (1992-2001)" on November 26, and his lost 2001 album, "Toy (Toy:Box)", on January 7. Watch the official video for the Bowie 75 pop-up stores here.