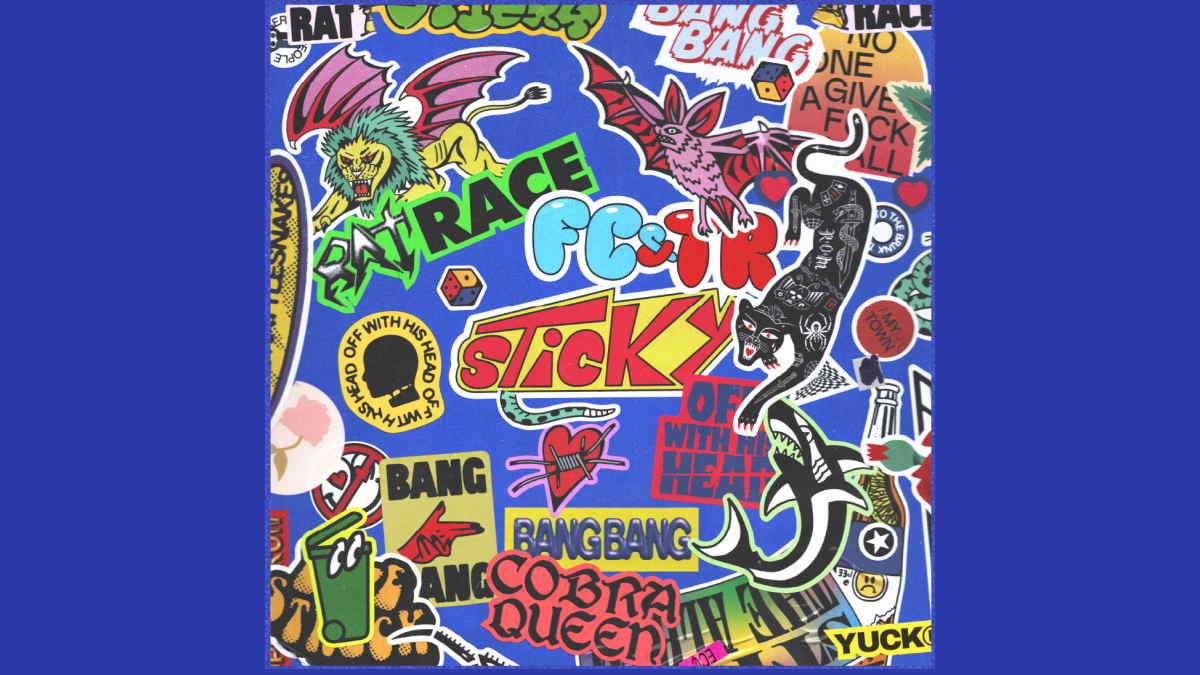 Frank Carter & The Rattlesnakes just released their new album, "Sticky", and to celebrate we asked co-founder Dean Richardson (who produced the album) to tell us about the track "Go Get A Tattoo". Here is the story:

Our lead single on our records always seems to fall out of nowhere in about 30 minutes. We can spend any length of time on a song, from a few hours to days and days over a long period. Just writing them. But I remember "Crowbar" coming together in no time, and then the same with "Tattoo."

We were in a cabin in the woods. I think by this time we had maybe half the record, and the verse riff and bass line came first. Then the chorus. Then, I had the acoustic out recording that middle-8. Frank was laying on the sofa behind me writing lyrics and the whole song came really quickly.

After that, we sat on it for a while and spent some time working out how to deliver it. It's a pop song somewhere underneath the distorted guitars and drums, but we always want to produce our music in a way that excites us ... which means it can't get too smooth.

For a while we weren't sure if it was right for us or the record. Then, we hit up Lynks and sent them a version without the second verse vocals and they added their parts and it finished the whole track for us. It really feels like the tune has a life of its own now, I hear it on the radio, in shops and in the background of TikToks and half the time I forget it's ours. It's going to be fun to see how far it goes.