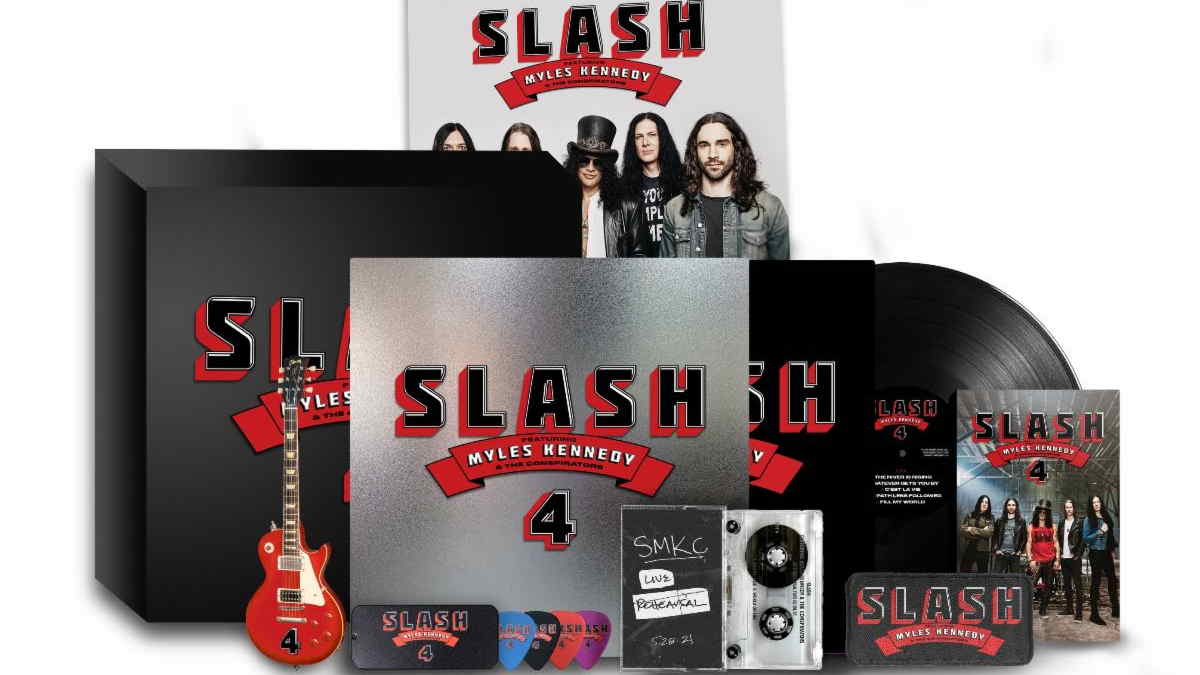 Slash Ft. Myles Kennedy & The Conspirators have released a music video for their brand new song "The River Is Rising," the lead single from their forthcoming album.

The group's fourth studio album, appropriately entitled "4", is set to be released on February 11th. Slash had this to say about the new single, "There's two or three songs on the record that were written during the pandemic; everything else was written before.

"'The River is Rising' was one of the last songs I wrote before we started pre-production, and because it was so fresh and has a certain groove and energy to it, it was the first thing we really attacked. It's the newest song on the record, and as for the double-time part, that was something that I came up with and tagged onto the end of the arrangement.

"Then when we were over at RCA, Dave Cobb suggested we do it right after the breakdown. So, we went straight into the fast part, and I just started doing the guitar solo over it. It was one of those things where we were jamming around, trying to fish out the arrangement, and it just happened."

Frontman Myles Kennedy added, "The lyric ultimately explores how humans can be brainwashed or indoctrinated by some sort of dangerous idea. Once we shot the demo back and forth a few times, I personally felt confident that we had the album opener. To me, it's an important track." Watch the video below: