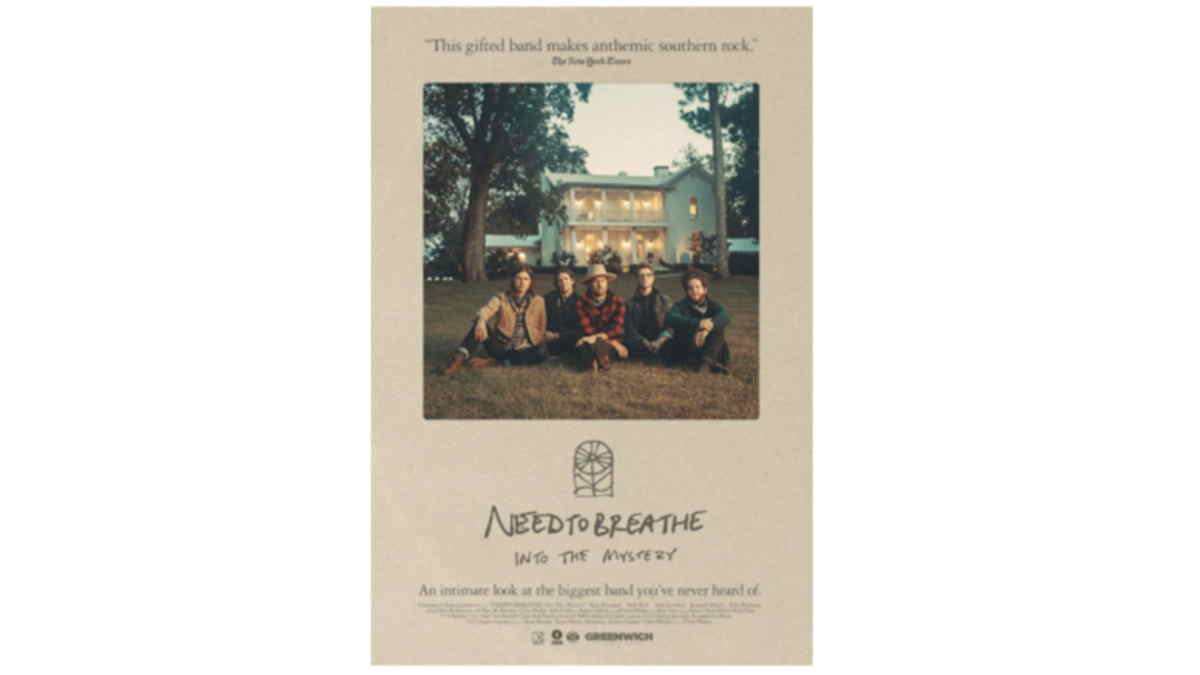 A trailer for the upcoming "NEEDTOBREATHE: Into the Mystery" cinema event has been released. The documentary is set to hit movie theaters across the U.S. for one night only on November 3rd.

The film chronicles the recording of the band's latest album, "Into The Mystery", while quarantined in a historic house-turned-recording studio in remote Tennessee in fall of 2020.

The special event will also feature candid behind-the-scenes footage and exclusive acoustic performances. Here is the synopsis: "Without telling a soul, the band decamped to Columbia, TN to begin working on new music.

"Over the course of three weeks, they resided under one roof and recorded together with co-producer and engineer Konrad Snyder and special guests. Out of this 'extended summer camp,' they handcrafted Into the Mystery, an album reflective of the moment, yet independent of all expectations, including their own.

"For as intimate as the recording process of their critically acclaimed new album was, the band filmed every minute of it."  Find tickets and theater locations here.