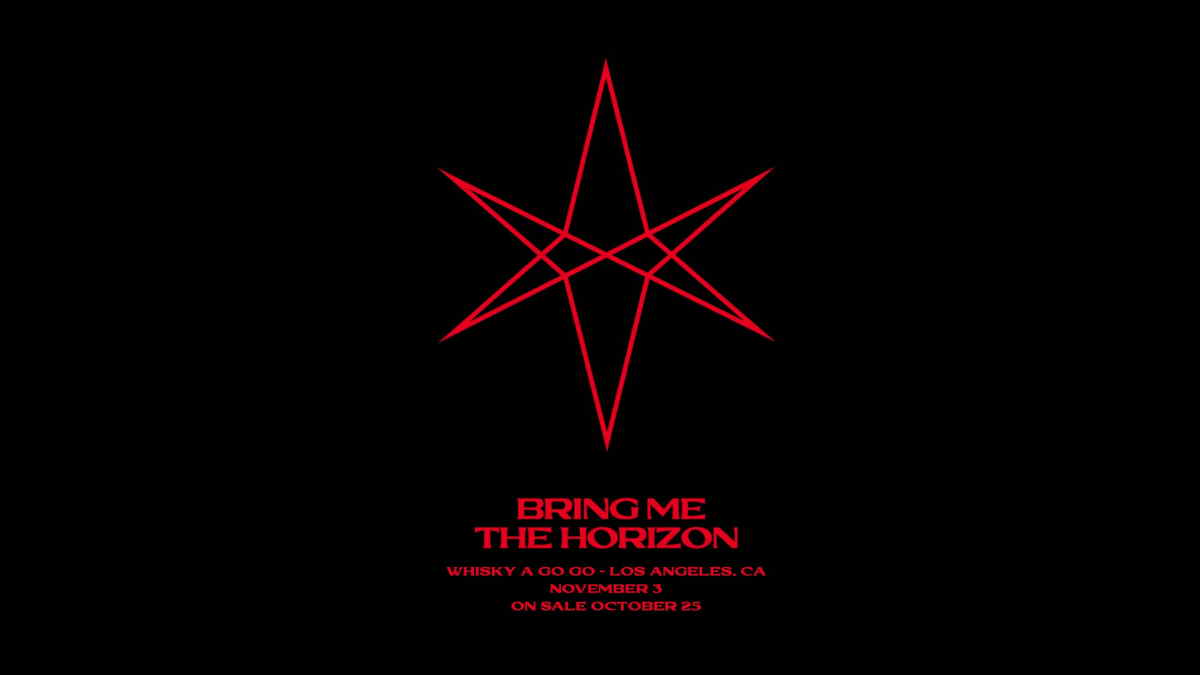 Bring Me The Horizon have announced that they will be playing a special shows at the famed Whisky A Go Go in Los Angeles on November 3rd, a head of their Knotfest appearance.

Tickets for the club show will be going on sale today, October 25th, at 12:00PM Pacific Time. This news follows the recently release of the band's new single, "DiE4u," which was accompanied by a music video shot in Keiv and directed by frontman Oli Sykes.

Oli had this to say about the track, “‘DiE4u’ is a song about toxic obsessions, vices and things you can’t kick. I think a lot of people went through very similar struggles while in lockdown, coming face to face with yourself and seeing who you really are and what’s important.

"The song is a triumphant and emotional one for me because it was a time of realization to kick the things that were no good, and to take the choice in bettering myself.

"It also connects to a deeper theme about us as a society, and how we need to look at the way we treat ourselves, each other as well as the world." Watch the video below: