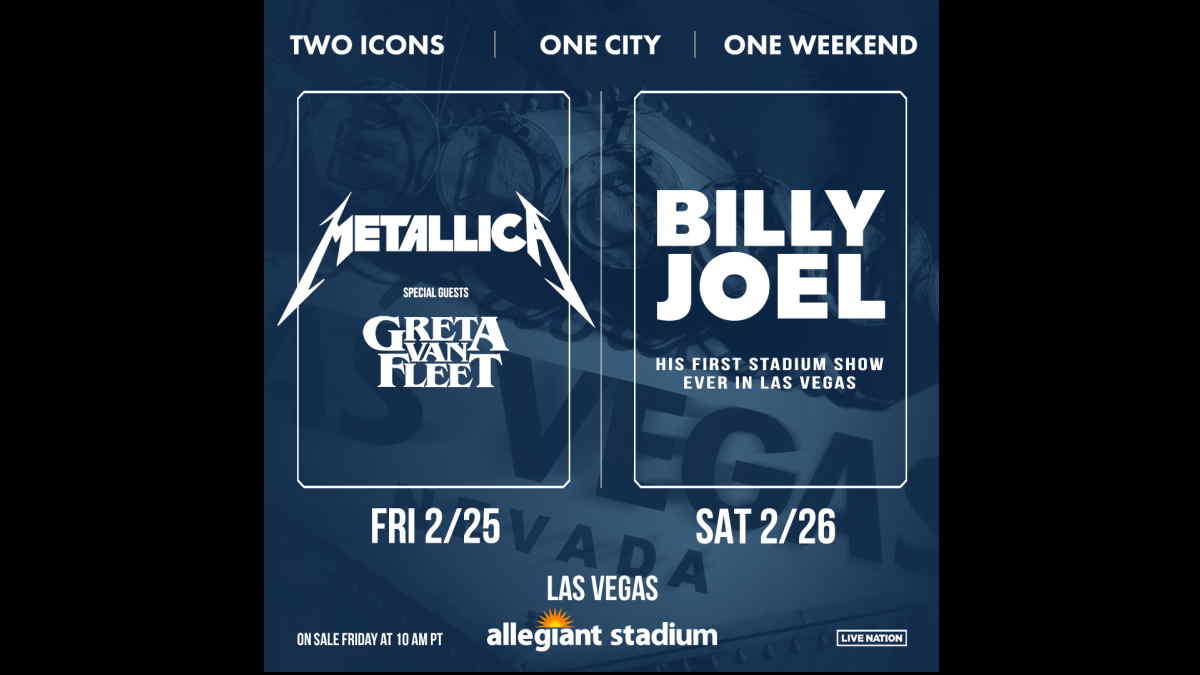 Allegiant Stadium in Las Vegas has announced that they will be hosting a very special weekend of music early next year when music legends Metallica and Billy Joel take their state.

Metallica will be kicking things off on Friday, February 25, 2022 with a show that will feature support from Greta Van Fleet. The next night (Feb. 26) Bill Joel will take the stage for a headline performance that will mark his very first stadium show in Sin City.

We were sent these details about tickets for both shows: Metallica presale tickets will be available to Legacy Fan Club members at 9 a.m. PT and General Fan Club members at 11 a.m. PT on Tuesday, Oct. 26. American Express Card Members can purchase Billy Joel tickets before the general public beginning Tuesday, Oct. 26 at 10 a.m. PT. Raiders presales begin Thursday, Oct. 28 at 9 a.m. PT for Billy Joel and 10 a.m. PT for Metallica.

Live Nation, Ticketmaster and Allegiant Stadium customers will have access to presales beginning at 11 a.m. PT for Billy Joel and 12 p.m. PT for Metallica on Thursday, Oct. 28. All presales will end Thursday, Oct. 28 at 10 p.m. PT. Tickets for both shows go on sale to the general public Friday, Oct. 29 at 10 a.m. PT at ticketmaster.com.