Singled Out: Lorenzo Gabanizza's You're Not There Feat. Jeff Christie 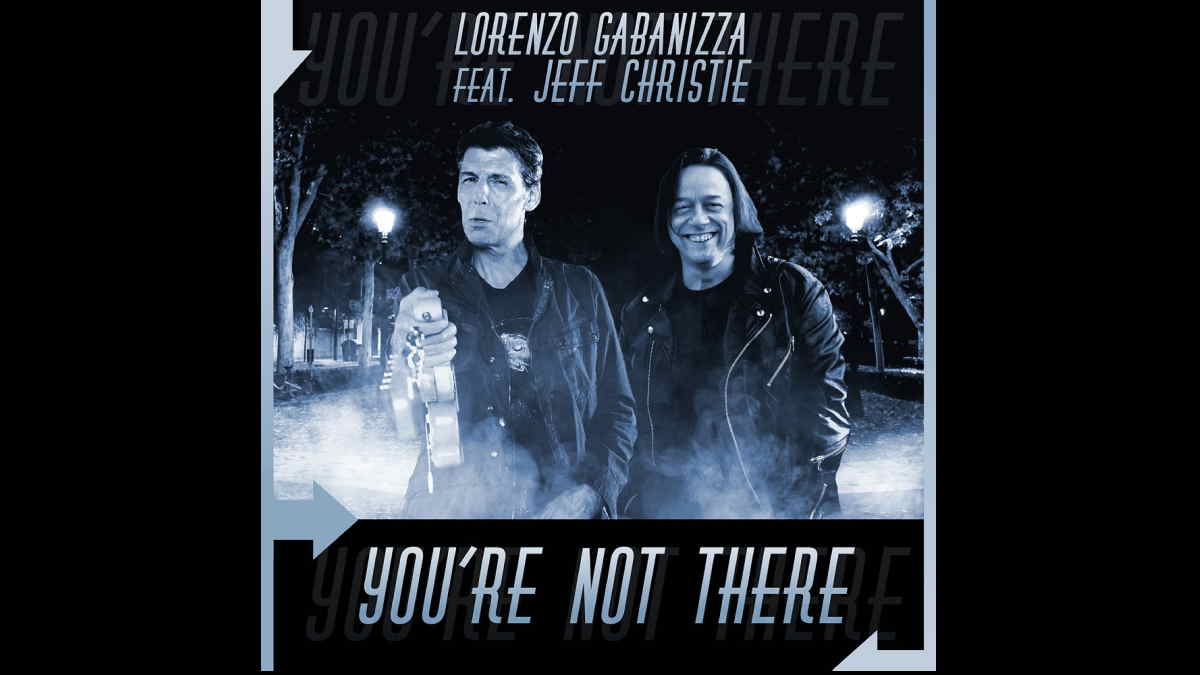 Lorenzo Gabanizza just released his brand new single "You're Not There" featuring Jeff Christie and to celebrate we asked Lorenzo to tell us the powerful story behind the track. Here is the story:

You're not there...anymore. It all started when I was 3. We were walking along the river Adige, me and my Mom. It was a long time ago, probably 1972, but I still remember it was a cold and foggy morning in my town, Verona. We had been walking for a while when Mom decided to enter a shoe store.

The moment we stepped in, I heard the radio: a song was just starting then, twangin' stereo guitars, almost played like a country fiddle riff...We both suddenly knew which song it was. Mom recognized my favorite song so she squeezed my hand tighter and I looked at her smiling and holding my breath while the singer started: "I've been all around this great big world to Paris and Rome..."

That was the importance of this band, Christie, in my home, so much that when we heard them on the radio, or saw them, it was like hearing an old family member from the other side of the world. They are roots and more than ever and forever, Jeff Christie and his music are part of my roots, the roots on which I built the musician I am today.

So, we get to December 7, 2020. Mom is old, she's having some signs of Alzheimer's. Just glimpses, but the monster is there eating bigger and bigger pieces of her mind. She doesn't remember that tomorrow is my birthday, so I tell her I will be home then, to meet her and celebrate the day later. We're having a talk, but lately, talking with her has become difficult, because she remembers things that never happened and forget things that happened. Sometimes, she doesn't accept the truth and insists she, barely on foot, had a long walk that morning with a son she never had. We have a bit of a fight and we say goodbye without the usual kiss on the cheek. I'm on the stairs and almost come back but I think: well, tomorrow I come back and we'll make peace. No problem.

December 8, I come back, the room is silent; there's a cold and freaky silence. Mom is on the couch, asleep, the head under the blanket; she's laying on her left flank. Time to wake up, I think, smiling while holding a bottle of sparkling wine. I touch mom, I shake her, I call her but her body actually, has the consistency of an object. I need no longer to understand, she's gone. Gone. Tomorrow, gone. Gone. This word rings in my head. Gone.

I have my head boiling out with millions of contrasting feelings. All the things I wanted to tell, to do, to dream, now are gone, behind her closed eyes. The words I wanted to tell, or I HAD to tell her, just are no more. They disappear just as my mom's life has.

I know what's coming for me the next day, and it's maybe the hardest part. I already experienced that, five years before, when dad passed too: all the things you HAVE to do, when someone dies, the rituals, the words pouring on your head from people you don't know, like or love. But they knew her, and "Oh! What a beautiful sweet woman she was", and "We always met at the shop and she was the kindest person in the world!" And this and that, and a merry go round of platitudes, of people telling you where she is and how she feels, now, ("She went to a better place", "At least she suffers no more", "Now she is with God,"); people asking "How did happened?" (More because they want to exorcises their own fear of death, looking in that black hole as a scared child who gives a hasty look to the thing he's most scared of); and others telling how you will feel about all this mess ("Now it hurts but with the time you will feel better").

So, this is what this song is all about. It's about loss, and coming to terms with that loss. It's about the questions you have in mind while grieving, with that sound of Poe's "Nevermore" and slamming doors in your heart. It's a sad song, but it also carries a powerful message of healing, because it shows the most important thing a man has to do in this life, even after loss: always look at the things you've got instead of crying for what you don't have.

I wanted Jeff to sing it with me because he was there, with his voice, in the beginning and he was there for all the time I had the luck to share this world with my mom. The day before she passed, indeed, we talked about Jeff's smashing hit "Yellow river" and I sang to her the first verse. So you see, in her perspective, if people who have passed away still has the chance to see their beloved ones here on this world, this is the greatest tribute I could have made to her: there's nothing that could have made prouder Mom than see her son singing a song for her with that very one singer who was, is and will be, a bridge between our souls.

Hearing is believing. Now that you know the story behind the song, listen and watch for yourself below and learn more about Lorenzo here

Singled Out: Lorenzo Gabanizza's You're Not There Feat. Jeff Christie