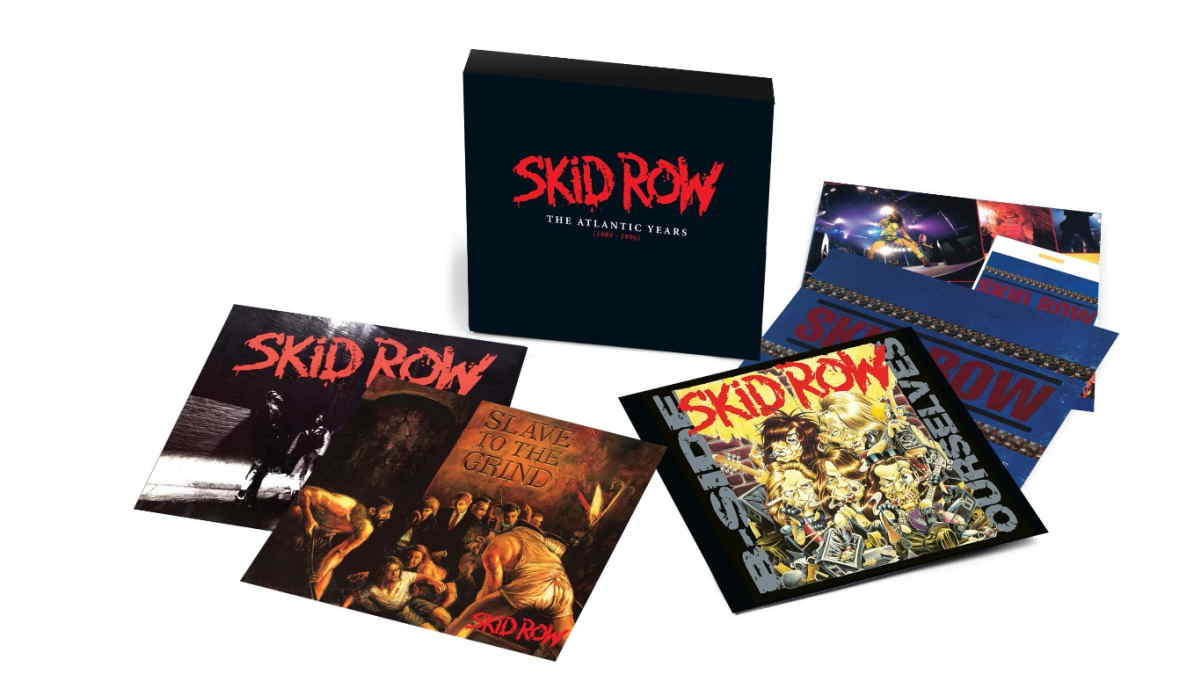 Skid Row fans set your calendar for December 3rd. That is the day a new limited edition box set celebrating their Atlantic Records years is set to be released.

The new set, entitled "Skid Row: The Atlantic Years 1989-1996 Box Set," will feature newly remastered versions of the band's first three studio albums, as well as the "B-Side Ourselves" EP and the live EP, "Subhuman Beings on Tour."

This will mark the first time that "Subhuman Beings On Tour" will be made available on vinyl and the first release outside of Japan. The box will feature the albums and EPs pressed on 7 180-Gram Audiophile vinyl LPs.

Preorder the set here (paid link). See the tracklisting for the vinyl, as well as the CD box set versions below: