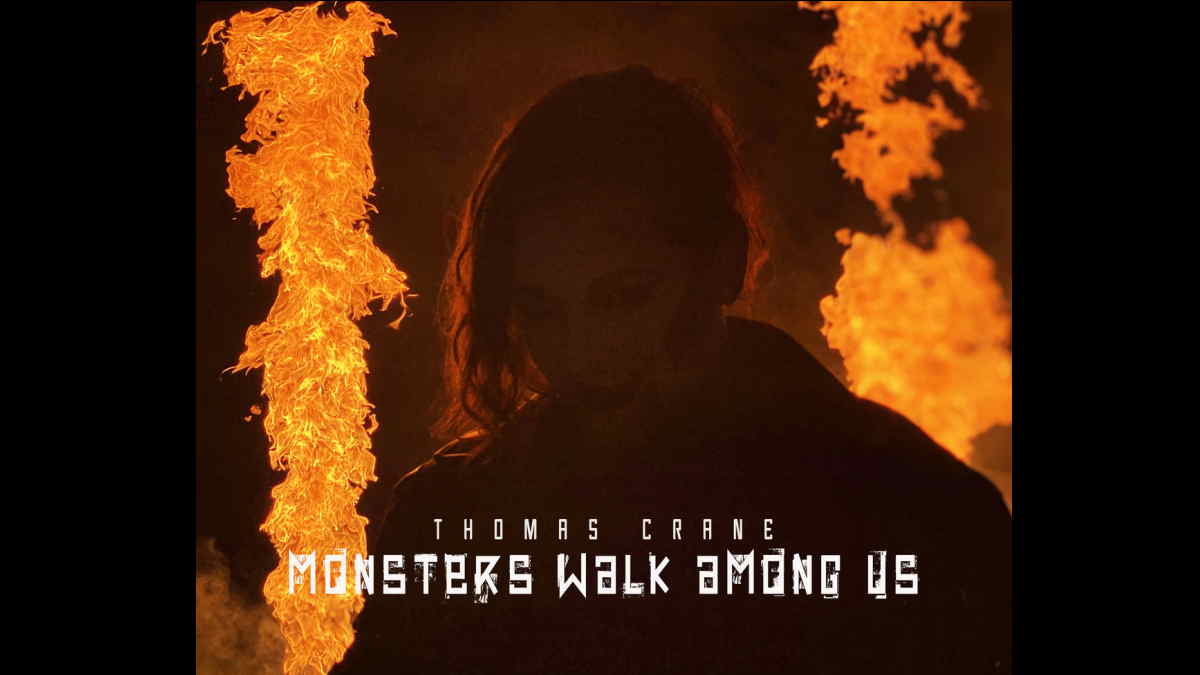 (TAG) Musician-turned-filmmaker Thomas Crane is jumping back into music, releasing his new single "Monsters Walk Among Us" with an epic new video along with it.

Best known as a music video director, and the head of killDevil Films, he has directed videos for Todd La Torre of Queensryche, Saliva, Kamelot, Once Human, and many more. With the new single and video, he's now back in front of the camera, instead of behind it.

The video has already screened at various film festivals in the U.S. and internationally, winning the Best Music Video Award at the Paris Cinema Awards. It also picked up Best Rock/Metal Song honors at the Tracks Music Awards in Los Angeles, and was honorable mention for Best Rock Video at the Munich Music Video Awards. It is slated for several other film festivals throughout the fall and winter

The video for "Monsters Walk Among Us" finds Crane taking on a kind of performance art, as he plays a character named "The Gemini Killer". Clad in black leather, and face paint reminiscent of The Crow, The Gemini Killer is a ruthless but flamboyant serial killer, spouting lines such as "You know I love to creep, I murder to the beat".

"As I was writing the song, I was drawn to the idea of the lyrics being written from the perspective of a serial killer. Kind of like how the Zodiac and others used to write letters to the press. I thought it was an interesting concept to write a song through a character and to continue that with the video. The lyrics are the Gemini Killer's billet-doux, taunting authorities, embracing notoriety, and I wanted to him to have style and panache. He's a bit of a troll. There's definitely some social commentary in the video, about how the media loves to embrace villains for clicks and views. I think the over-the-top nature of the story makes that pretty clear." - Thomas Crane

In the video, as the Gemini gains notoriety, he also attracts a group of alluring but deadly followers, joining him in the cross country murder spree. The women, named Cookie, Kitten, and Jayne, form a collective that the Gemini lovingly dubs "the murder supergroup".

"Monsters Walk Among Us" is Crane's first music release since 2019, when he launched the single "Spook House". Before then, he had multiple releases with his band Marion Crane. As the head of killDevil Films, he has directed over 100 music videos, working with artists all over the country.