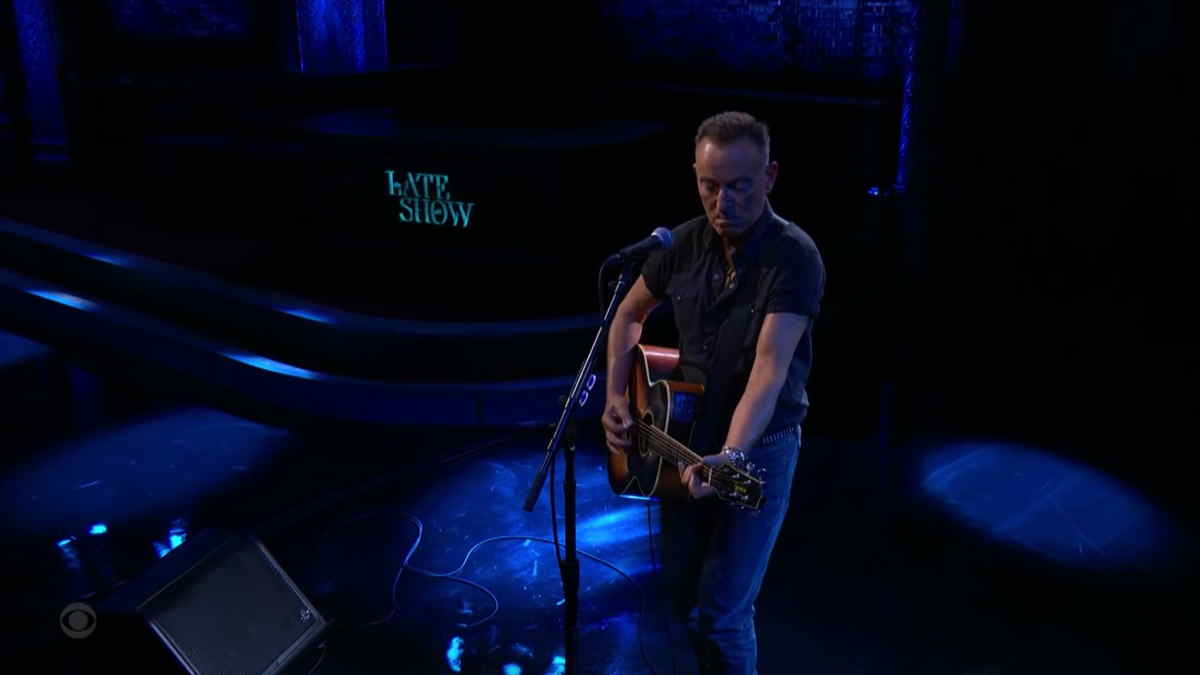 (hennemusic) Bruce Springsteen performed a stripped-down, acoustic version of his 1980 classic, "The River", on the Monday, October 25th episode of CBS-TV's The Late Show with Stephen Colbert and video of the performance and interview has been shared online.

Springsteen was on hand to promote the October 26th release of his new book, "Renegades: Born In The USA". While discussing how his dedication to his craft as a musician consumed his early years as an artist, the rocker revealed that he eventually found a balance between life and his art.

"Love my job, great way to make a living, no way to live," explained Springsteen. "If you fully subsume yourself in it, it's no way to live. There have been many, many artists previous to me and my peers that didn't figure that out and it could be very, very, very dangerous to you mentally, physically ... not cleaving between your work life and your family life and your home life,"

Springsteen showed off the guitar that is featured on the iconic cover of his 1975 album, "Born To Run." "I've played this guitar for 50 years," he explained. "I bought it when I was 22 for $185 dollars on Highway 34 in Belmar, N.J. from a great guitar man named Phil Petillo, and I've had it ever since. It's kind of a mutt. It's made up of two different guitars, but this guitar has been in every club, theater, arena and stadium across America and most of the world. So, it's been around a bit."

"This (guitar) feels like my arm," he added. "If I have this guitar, I don't have anything on. This became an extension of my actual body. Anything else I pick up, it's a guitar. For some reason, I've played this for so long that it became a natural part of your physique. I don't play it much on stage these days. I sort of put it a little out to pasture; it's done so much good work for me." Watch Bruce's appearance here.