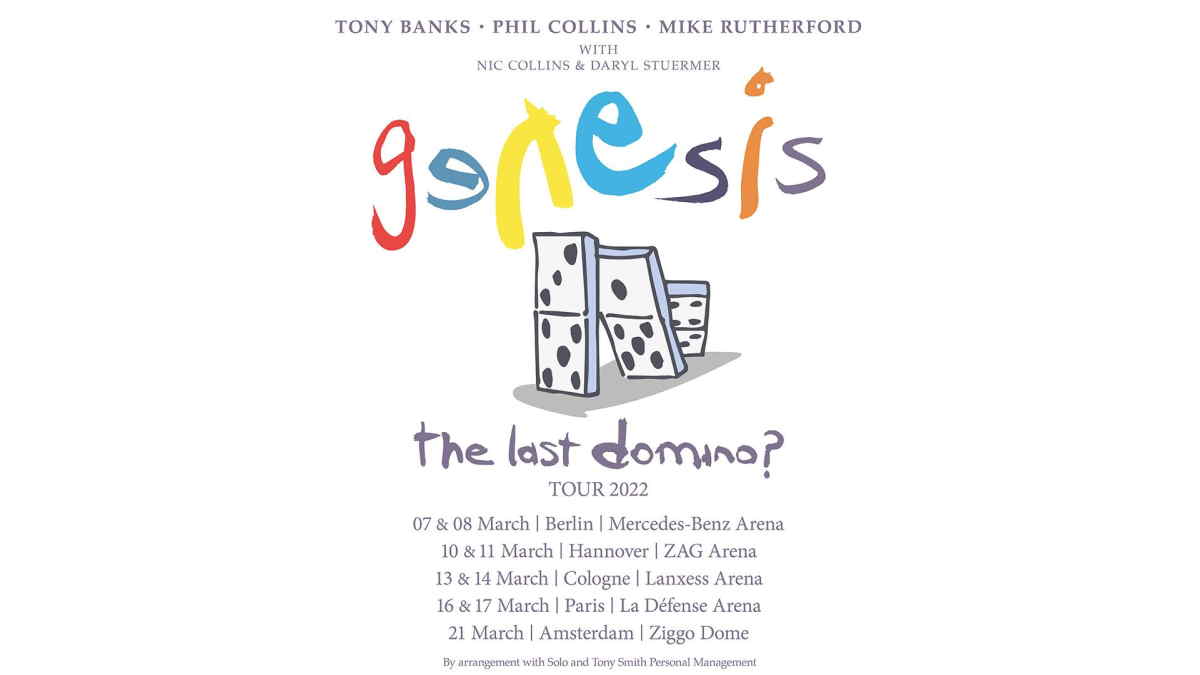 Genesis have announced that they have added a brand-new spring 2022 European leg to their Last Domino Reunion Tour and revealed the rescheduled dates for The O2.

The new tour leg will begin with two nights at the Mercedes-Benz Arena in Berlin on March 7th and 8th and will wrap up at the Ziggo Dome in Amsterdam on March 21st.

Those dates will be followed by the rescheduled dates at The O2 in London, which will now be taking place on March 24th, 25th and 26th. Tickets for the postponed dates will be honored on the new dates.

Genesis also had this to say, "Following guidance and advice from the Government, Genesis had to postpone their final four shows of 'The Last Domino?' UK Tour in Glasgow and London, due to positive COVID-19 tests within the band. More information on the postponed Glasgow show will be released here in due course.

"The band and crew thank you kindly for your understanding and apologize for the inconvenience." See the Euro tour dates below: