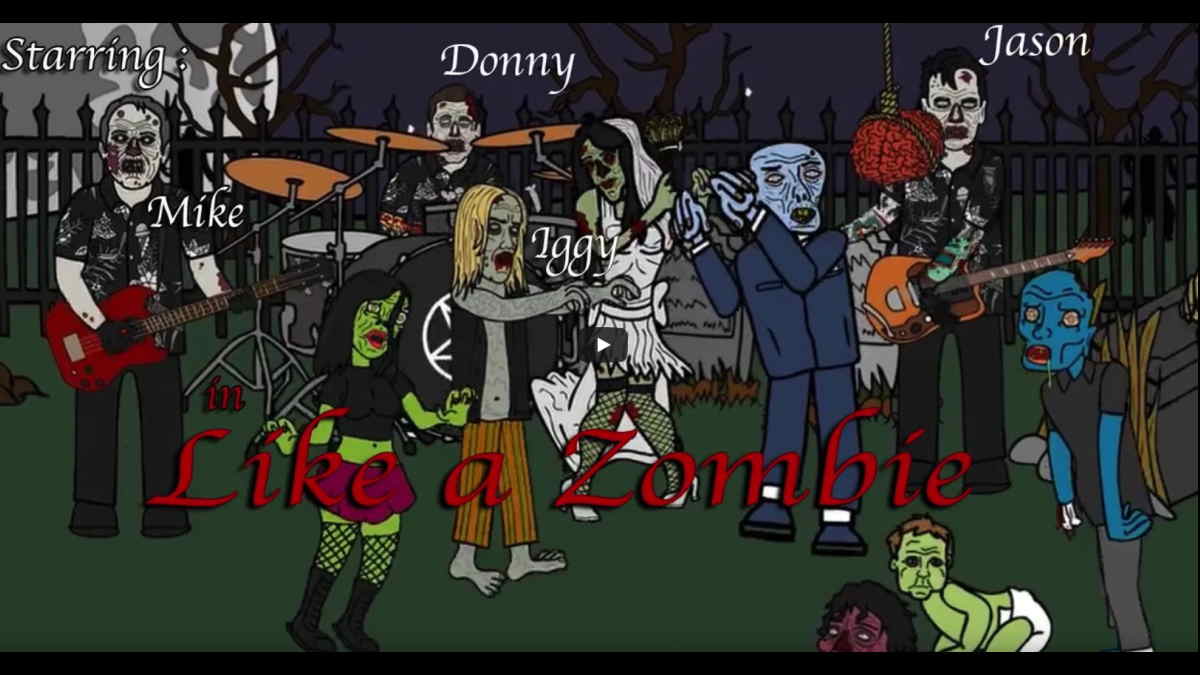 The Cutthroat Brothers and Mike Watt have released an animated music video for their track "Like A Zombie", which comes from their forthcoming album, "Devil in Berlin".

The new record from the duo (Jason Cutthroat and Donny Paycheck) along with the Minutemen, Firehose, and The Stooges icon will be released on December 3rd in various formats including digitally, CD and as a vinyl LP.

"Devil In Berlin" was produced and mixed by Jack Endino (Nirvana, Soundgarden, Mudhoney) and Endino even contributed "horrorshow" organ to the new single "Like A Zombie."

Jason had this to say about the new video, "Grave stompin', brain munchin' Halloween rock n roll zombie treats with Mike Watt and Zombie Iggy Pop! What else is there?" Watch it below: